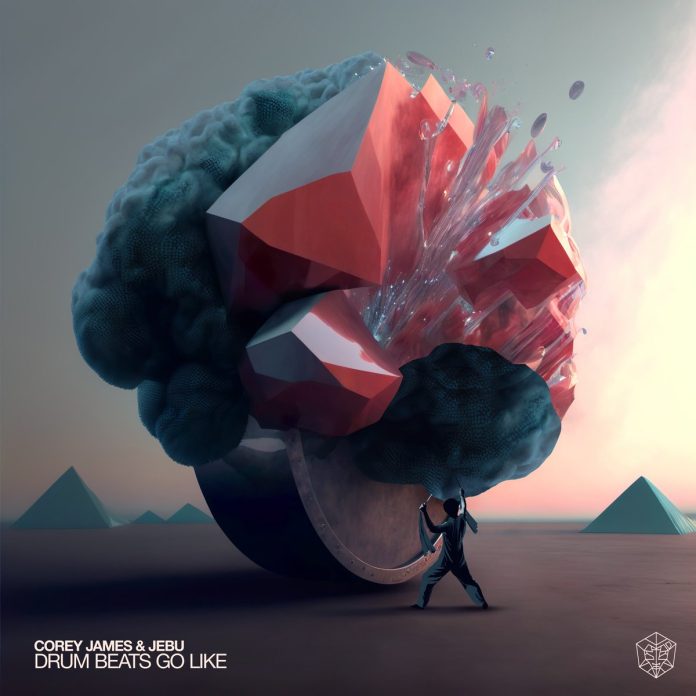 House artist, Corey James and Jebu are here with a new track called ‘Drum Beats Go Like‘. A upbeat listen and an easy track to move your body too. Between the two music prodigies, they might of created the new club essential in every DJ’s tool belt.

Corey James is a young artist who hails from the city of Wirral, United Kingdom. He found his electronic music inspiration early on at Steve Angello‘s live performance in Cream Liverpool. Since then he has released on labels such as Size Records, Protocol Recordings, Big Beat Records, Sosumi Records, Spinnin’ Records, Fonk Recordings and Armada Music.

Starting with a funky house beat and synth build, ‘Drum Beats Go Like’ shows its high energy. After intensive building and a vocal repetition of the song title, it drops into a bass emphasized drop. A big bass synth and techno style pluck ride the tight drums making it a dance ready track. Corey’s sound design adds his flavor and signature sound to the groove. All together, the elements of ‘Drum Beats Go like’ continues to move the dancer with its addictive drops and balancing breakdowns.

Corey James’s ‘Drum Beats Go Like’ found its way onto STMPD RCRDS, Martin Garrix‘s record label. Since its creation in 2016, the dutch label caters to rising electronic music producers and favorites the genre of melodic house. Having a release on this label is a major milestone and accomplishment for a dance artist.