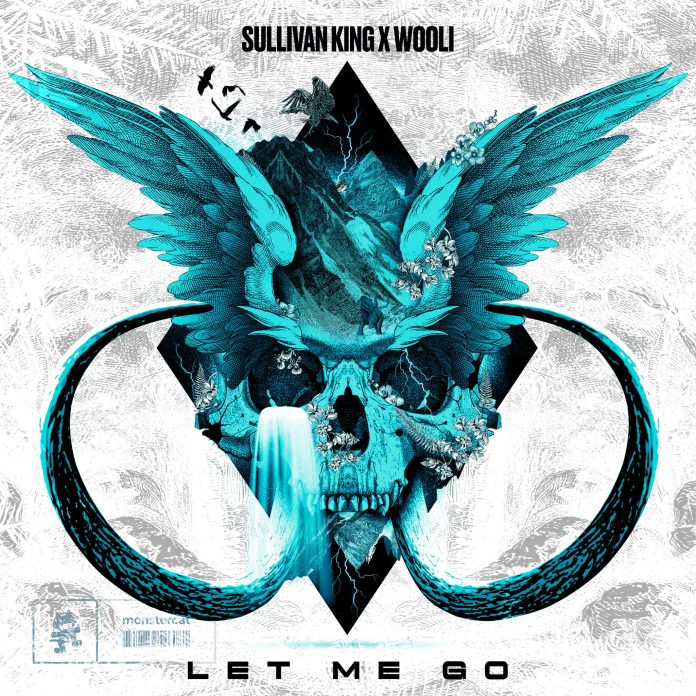 “Adam and I wrote “Let Me Go” about his fear of planes. I’m pretty sick of him always holding on to me when we fly next to each other and there’s a little turbulence. He’s really just not a great flyer tbh, and it’s f*****’ annoying, so Adam if you’re reading this….. Let me go. Stop grabbing my hand. You squeeze way too much. We’re going to be fine. Statistically, not a single plane has crashed from turbulence, so just drink your ginger ale, have those little biscoff cookies American Airlines gives out, and watch a Harry Potter movie. We’re gonna be good.”

Today’s single follows the anticipated announcement of his forthcoming album, Thrones Of Blood arriving at Monstercat in March 2023. Accompanying the LP, Sullivan King will take on a coast-to-coast tour covering 30 dates. Across San Francisco, Los Angeles (2x), Austin, Buffalo (2x), Chicago, and more to be announced.

‘Let Me Go’ is about the time Keaton kidnapped me. He put me in a cage in the crawl space of his Miami condo and left one night to go get more diapers and Monster Energy baby formula for his new kid. I felt it was the perfect time to escape. I picked the lock with a Capri Sun straw and bolted for the elevator. As soon as the doors opened, Keaton was standing there smiling. “Don’t leave yet, we have more ‘content’ to film!” he said. He began to slip back into character as the Joker from Batman. “You don’t want to see me get Reckless, do you?” I’m actually still writing this from the cage. If you are reading this, please call 911 or Excision. They are my only hope.“

Paving the way for heavy rock and dance music to coexist. Sullivan King’s next album will continue to highlight his cross-genre musicianship, with notable features on both sides. Previously, he fused his guitar-shredding sensibilities with influential bands such as Papa Roach and Ice Nine Kills. As well as like-minded artists including Grabbitz and GG Magree.

Closing the year with back-to-back shows at Grand Rapids’ Intersection and festival plays at EDC Orlando and Countdown NYE. He’ll enter 2023 with more new music off the album, primed for his Thrones Of Blood Tour beginning in March. With support from Benda, Level Up, and Vastive, tickets are on sale now.

Wooli is on a tear this year, coming off epic performances at Escape Halloween, Lost Lands, Bass Canyon, and countless headline dates. Sharing Sullivan King’s attraction to the harder-hitting sounds on the bass spectrum, he recently announced his second joint EP with scene-shaper Excision and has singles under his belt with the likes of Calcium and Caster. Fans can look forward to catching Wooli’s mammoth performance live at The Observatory in Orange County this weekend for a double header on November 25th and 26th.

You can listen to Sullivan King and Wooli- ‘Let Me Go’ below!