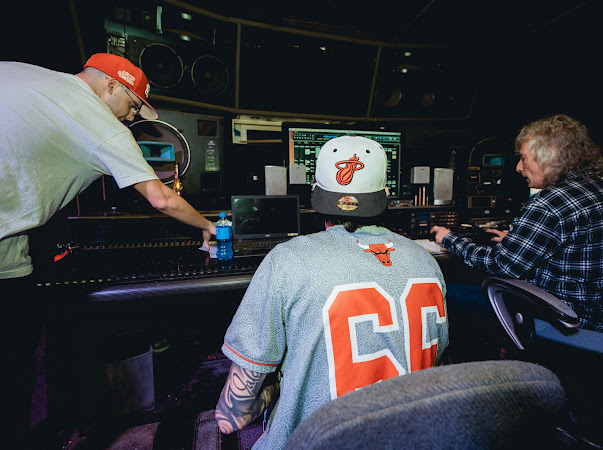 The new breed of artists in the music industry is unique in their concept of music because they experiment fearlessly. They love to take the path that artists hardly walked in the past. One such up-and-coming music talent is rapper Lil Dawg. The young artist has been creating waves with his unique style of music for quite some time, but now he is basking in the roaring success of his new song ‘Big Bro.’

Richie Valentine adopted Lil Dawg as his stage name when he decided to pursue a career in the music industry. Starting his journey from Gateway, one of the largest marketing companies owned by celebrity entrepreneur Carter Jamison, Lil Dawg made his way into the industry with thousands of followers on social media and a loyal fan base. He has been featured on Fox 5 NY News because of his energetic music. Lil Dawg received an Award from “The Love Of Sean Talent Show” and The 40th precinct Community Council for “National Night Out.”

Currently, Lil Dawg is a popular name in the live music scene, having performed more than 400 live concerts so far. He has ignited the floor at famous clubs like Webster Hall NYC, Club Rebel, and The Emporium, opening for mainstream national acts like Mindless Behavior, Chinx Drugz, Styles P, Coke Boys, and Freeway, to name a few. Performing at The Brooklyn Unity Fest for 3 years in a row has been a landmark achievement in his career.

The path to success was not easy for this young, independent artist who hails from a humble background. Although he has been performing live since the age of 9, supporting his career financially was a huge challenge. So Lil Dawg had to work full-time at a marketing company that served a long list of celebrity clients like Lil Pump, Gucci Mane, Lil Durk, and Bobby Shmurda. With the continuous support of his family and friends, Lil Dawg worked hard to make his way into the industry and will not stop until his name appears at the top of the music charts.

Lil Dawg’s recent single ‘Big Bro’ is already paving the way toward his dreams, earning positive reviews from music enthusiasts online. The song has earned him thousands of views on his YouTube channel and scaled his follower base on Instagram. It is a wonderful medley of energetic contemporary sounds with familiar rhythms that take the idea of rap to a whole new level. “Big Bro” is a song for everyone and every mood. Besides its foot-tapping music, the underlying meaningful lyrics have helped Lil Dawg connect with his listeners on a deeper level.

Following the success of “‘Big Bro,’ Lil Dawg has geared up to drop more exciting tracks for his audience. He is one of those artists who will never give up on his dream, no matter how hard it gets. Lil Dawg dreams of becoming a national performing and recording artist, writing music that resonates with the masses. Considering his work ethic and ability to grind got him this far, it is only a matter of time before his dream becomes a reality.