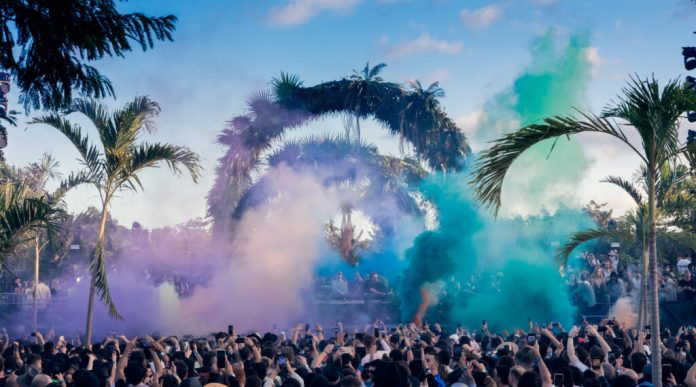 Tulum has become one of the main hubs for dance music in the whole world. Now, the popular town appears to be ready to make things for the industry that made it what it is way more complicated. The government of the municipality has decided to enforce new rules. In a move that’s everything but easy to understand, the new set of rules will try and return the “peace” (whatever that means) that characterizes Tulum to it.

If you’re into dance music, chances are you’ve seen the image depicted above in one or two viral videos this year. Zamna Tulum, Day Zero, individual acts, clubs, label parties. Tulum has managed to position itself as a tropical paradise for dance music enthusiasts. An American Ibiza. Techno DJs. House DJs. DNB DJs. Countless genres and parties come together to experience some of the best dance music parties we’ve seen.

Now, this could all be over sooner than we thought. Numerous businessmen and hoteliers gathered present at a meeting. They declared they are in favor of these, stating that it would increase safety in tourist-populated areas. This however will most definitely be received as bad news inside Tulum’s most unique and exotic scene.

The new measurements, which took effect almost two weeks ago are:

No serving food or drinks after 12 am.

No music over 65 decibels.

After the businesses stop serving customers at 12 am, the entire facility must have its lights off and be locked by 1.00 am.

We don’t know the effect these measurements will have on the raving scene in Tulum. The rest of the region shows no change in its laws. Cancun and Playa del Carmen, however, will resume their activities as usual. Festivals. Clubs. Nightlife. Tulum relies heavily on these. Hopefully, the best decision involving all parties can be reached.