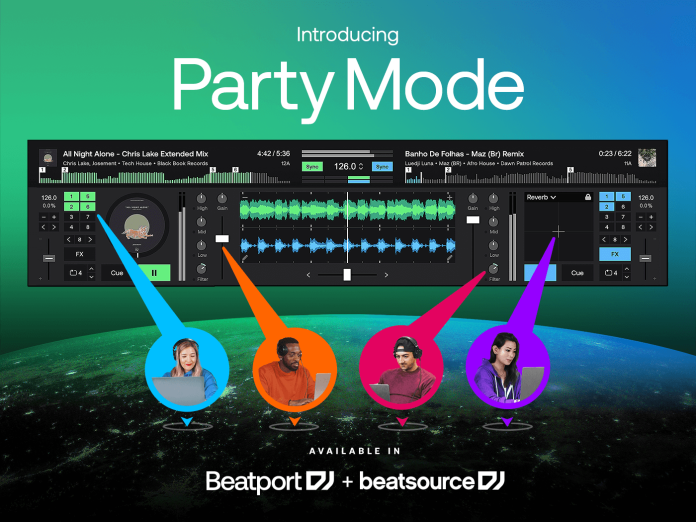 Beatport is a global leader in digital music and fosters new artists, sounds, and a music minded-community. Their web-based platform is constantly improving itself, and now with their new Beatport Party Mode, they have come to the next level.

Beatport Party Mode is an expansion of an online mix station that originally launched in early 2021. It allowed users to access a digital mixer to tinker with DJ software without the need of owning equipment. That system is getting some major upgrades and will allow DJs to act as party hosts, and perform back-to-back sets with other DJs from anywhere on the planet.

It was a big hit when it debuted this year at IMS Ibiza 2022, and will offer a new way to interacting with other fans and artists. The features include lag-free playback, up to four Ds at at time, and autosave on session playlists.

‘Fans’ who are sitting in and watching sets can browse beatports extensive music catalgoue, make requests, discuss track selection, and confabulate over why some requests do or don’t fit in to the moment at hand.

You will need a beatcport account to join as a viewer, and to host or DJ you will need a subscription to the beatport service. Please watch the tutorial below to see how it all works!