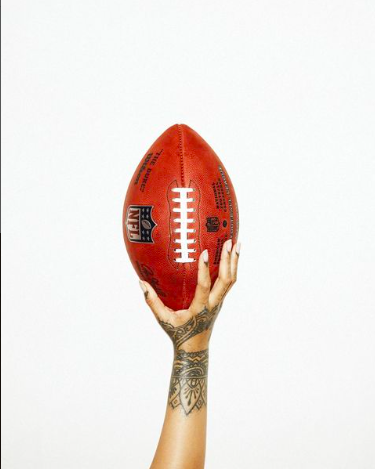 Rihanna is been confirmed as the half-time show perform at the upcoming Super Bowl LVII. The 34-year-old billionaire mogul superstar posted an image on instagram of her tattooed hand holding a football. The cryptic post was then confirmed with the NFL giving their support to the Bad Girl from Barbados.

Taylor Swift was initially asked to perform, but she had concerns over timing. (She is in the midst of rerecording all her albums because of her legal matters with Scooter Braun).

The Super Bowl will take place this year that the State Farm Stadium in Phoenix, Arizona on February 12th. This will be the first year in recent memory that Pepsi will not be sponsoring the halftime show. Apple Music has stepped up as the new sponsor. Jay-Z (who was a key figure at the onset of Rihanna’s career) will produce the show with his company, Roc Nation.

“Rihanna is a generational talent, a woman of humble beginnings who has surpassed expectations at every turn. A person born on the small island of Barbados who became one of the most prominent artists ever. Self-made in business and entertainment,” – Jay-Z