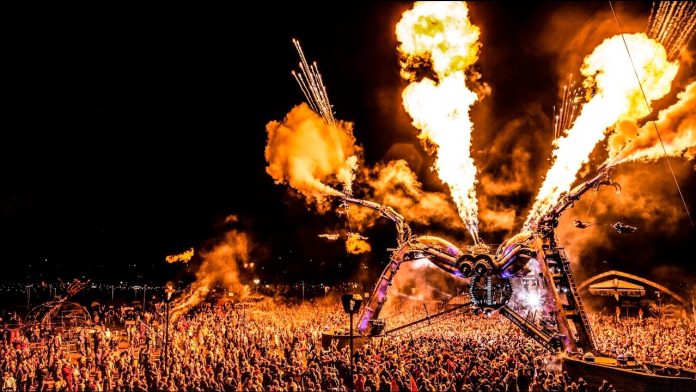 Glastonbury’s flame-throwing spider will be part of the celebrations at this year’s FIFA World Cup. Qatar, the site of the 2022 FIFA World Cup, hired the Arcadia spider for the event. In fact, live music performances including DJ sets will run in situ with the spider. The arachnid has been well known for being a must-see at Glastonbury over the last decade.

An article in the Daily Mail revealed that organizers of this year’s World Cup in Qatar have rented the 50-tonne, fire-breathing metal structure. Glastonbury itself hires it annually from the Bristol-based Arcadia company. However, details are still unknown to this day about the place where it will sit and who will perform inside of it. A couple of months ago, Carl Cox, Calvin Harris, and Chase & Status all played a set at Glastonbury Festival inside the structure.

Moreover, rumors are circulating that alcohol will be permitted on the grounds around the spider. However, it may be only from 10 am to 5 pm, as the Qatar rules are pretty strict on the matter. This area would cost £75 a day to enter, per reports.

With just two months until the big tournament, neither Arcadia nor the FIFA World Cup made official statements on the matter. We will have to wait and see whether all of this is true or not. The tournament will start on November 20th, 2022. It will conclude with the final match on Sunday, December 18th. For more details on the Qatar event, please visit the official website.