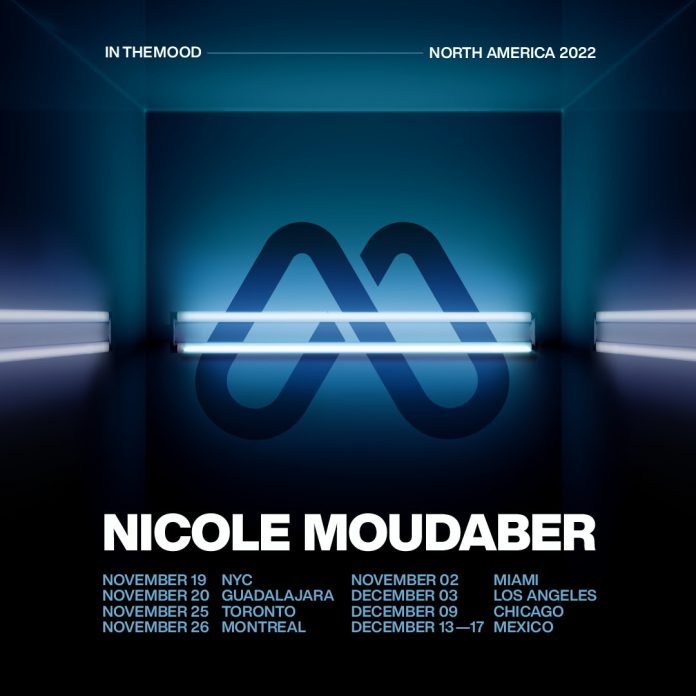 MOOD is Moudaber’s highly influential record label and global party brand, as well as a hugely popular radio show, a back catalogue of incendiary house and techno releases, and a range of philanthropic endeavors. The techno producer has announced she will close out 2022 on this continent with her Nicole Moudaber Presents IN THE MOOD North America Tour.

Kicking off November 19th in New York City at the U.S. edition of the globally renowned techno event TimeWarp, the tour will include an exclusive Los Angeles appearance on December 3rd at Academy for an all-night-long session—a unique play as Nicole is known for her long sets where people are enchanted and transported to another world—as well as stops in Toronto, Guadalajara, Mexico at Dreamfields, Montreal, Miami, Chicago, and Tampa. She’ll wrap the tour up in Mexico with a slot on the HOLY SHIP! Shipwrecked line up. Guests on various dates throughout the tour include Layton Giordani, Sama Abdulhadi, Ida Engberg, Will Clarke, Maya Jane Coles, Avision, HoneyLuv, Juliet Fox and more.

Tickets for all tour dates are available now here.