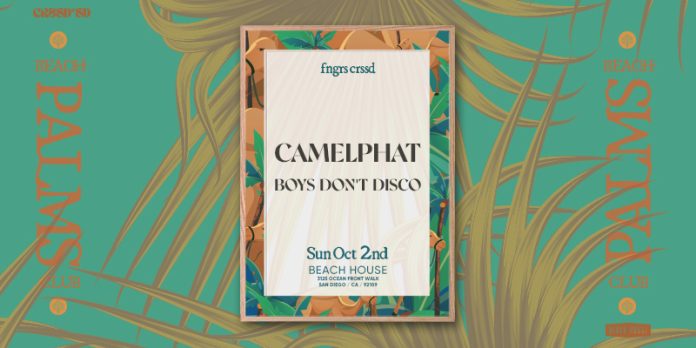 I’ve said it once, and I’ll say it again. There are few DJ/Producer duo’s who I feel need no introduction. Dave Whelan and Mike Di Scala, also known as, Camelphat, are one of them. At the current moment, Camelphat is in Ibiza, carrying out their residency at the highly-coveted Ushuaïa beach hotel. Their last date there, is scheduled to take place on September 6, 2022. After that, they will officially be stateside. More specifically, in Southern California. I say this, as it was recently announced that the English DJ/Produer duo, will be performing in Sunny San Diego on Sunday Oct 2, 2022.

When Camelphat graces the decks in San Diego later this October, they’ll have been five days removed from their Ushuaïa residency. As someone who is sure to be in attendance, I cannot wait. At the current moment, the lineup consists of Boys Don’t Disco in a support role, with Camelphat headlining. As stated before, the duo is set to make their return to Southern California on Sunday Oct 2, 2022.

The event will be held at Beach House, and is located at 3125 Ocean Front Walk at Belmont Park, in San Diego, California. Doors are set to open at 4:00 PM. It should be noted that this is a 21+ event. For tickets, as well as more information, be sure to check out the official event page, here. See you there!