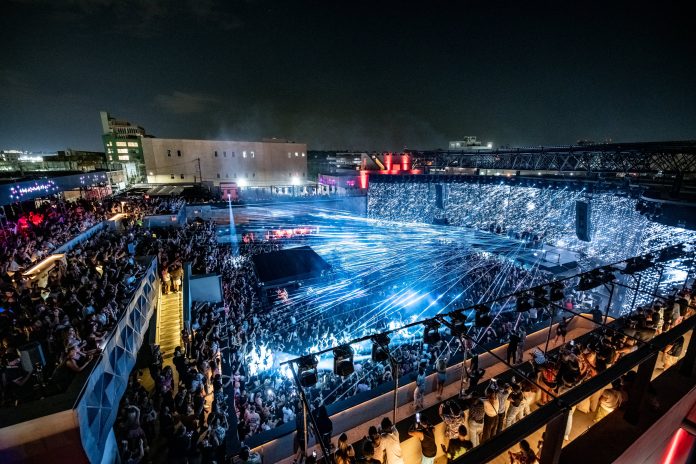 Earlier this year, The Brooklyn Mirage (the outdoor venue located in the larger 80,000-foot complex known as Avant Gardner) announced its full venue redesign, featuring a one-of-a-kind 200-feet long and 30-feet high 15k resolution video wall topped by a 100-foot custom-built stage roof, upgraded VIP areas, enhanced viewing from elevated catwalks, and increased food and beverage options. Their subsequent 2022 season welcomed attendees and artists from all over the world, providing a one-of-a-kind live music experience that is unique to its Brooklyn home.

Lending a warm welcome back to their premier resident closing party Cityfox: Transcend, The Brooklyn Mirage is thrilled to announce that its trademark event will take place across two days and feature 20+ hours of pulsating house and techno to mark the first-ever outdoor summer Cityfox Festival where guests will be treated to a “festival experience.” On October 1, the multi-day experience will feature a full venue takeover (The Brooklyn Mirage, Great Hall, Kings Hall,and The Village) and nearly 12 hours of uninterrupted music from Ben Böhmer (LIVE), Giorgia Angiuli (LIVE), Henrik Schwarz (LIVE), INNELLEA, Maceo Plex, Mikey Lion, Victor Calderone b2b Avision, and more from 7 PM to 6 AM for a rare Mirage sunrise. The party will continue on Sunday, October 2, from 3 PM to 12:30 AM in The Brooklyn Mirage, Kings Hall, and The Village with a day-to-night celebration brimming with four-on-the-floor beats from Christian Löffler (LIVE), INNELLEA b2b Konstantin Sibold, Spencer Brown and more. Championing another first, Cityfox: Transcend Festival will also feature five diverse stage hosts: Cityfox, Desert Hearts, Gray Area, Higher Level, and Sunday School.

The following week will see hardcore rockers Turnstile kick off their latest North American tour at the Brooklyn Mirage on October 3 followed by SG Lewis on October 7 as he brings his disco-inspired live show to the outdoor venue for the first time. The weekend will hit high gear as Chicago’s professional-partier-turned-megastar-DJ John Summit makes his Brooklyn Mirage debut with back-to-back events on October 8 for his Off The Grid label showcase. Named DJ Mag’s 2021 “Breakthrough Artist,” John Summit has catapulted to meteoric fame with nonstop hits and headlining appearances across the globe. Since his September 2021 performance in the Kings Hall, the young DJ sold out Avant Gardner’s Great Hall in early 2022 and has now sold out one upcoming Brooklyn Mirage show to date, all nearly within one year’s time. Due to a record sell-out rate for the original nighttime show, a second daytime show was announced for October 8. The party will continue on October 9 with a sold-out Brooklyn Mirage debut from German disco and house stalwart Purple Disco Machine, plus viral YouTuber and live improvisation artist Marc Rebillet on October 11.

For its final hurrah, Avant Gardner is teaming up with The Bowery Presents to invite legendary South African DJ and producer Black Coffee for a three-night season finale celebration on October 14, 15, and 16. Each night will offer a unique theme and meticulously curated lineup rounded out by a headlining performance from Black Coffee himself. Arriving a few short weeks after the conclusion of Black Coffee’s massively successful 20-week Hï Ibiza residency, the season-closing trilogy event will be exclusive to The Brooklyn Mirage and is set to provide guests with an unforgettable mélange of art, culture, diversity, and groove-doused performances. Earlier this year, the forward-thinking artist ascended to superstar status when he landed the GRAMMYwin for “Best Dance/Electronic Album” for his seventh studio record, Subconsciously, and became the first African in history to win this category. Furthermore, the multifaceted artist injected his stunning Afropolitan House sound into Drake’s latest studio album, Honestly, Nevermind, where he is credited as an executive producer on the album. To say that he’s had an eventful year is an understatement. Black Coffee is now preparing to write his latest chapter. Marking his Brooklyn Mirage return since his two sold-out headlining July 2021 shows, the South African visionary is ready to close out the most historic Brooklyn Mirage season yet in his signature spellbinding fashion. 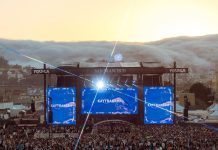