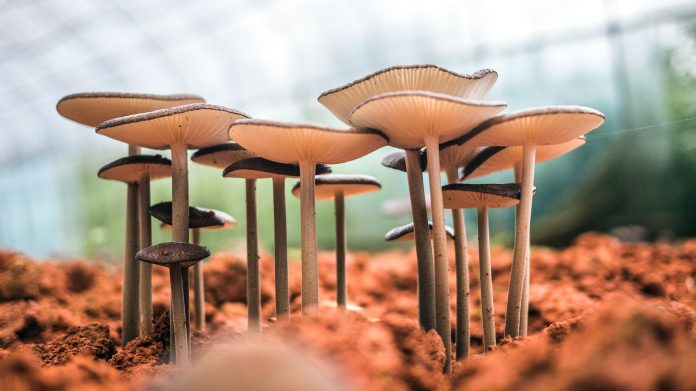 There is a mental health crisis going on in the United States. Veterans are experiencing post-traumatic stress disorder from their time at war. A Nation is coming to terms with it’s post-pandemic depression. And the homeless situation has exacerbated deaths associated with fentanyl and opioid overdoses.

In the darkness of these uncertain times, psychedelic therapies have become a shining light. Emerging studies around Ketamine, MDMA, and Psilocybin as treatments for PTSD and depression are making waves in the scientific community; and constituents from more and more spheres of influence, are writing their congressmen in support of these new therapies.

With these letters now gaining public attention. The Biden administration anticipates regulations will approve MDMA and psilocybin as treatments for PTSD and depression. Long demonized in the 1960s during the war on drugs as initiative by the Nixon administration; psychedelics had been mislabeled as dangerous substances to vilify the anti-Vietnam hippies of that era. Ironic, that Big Pharma later co-opted opioids (which are far more dangerous) and pushed for full governmental approval. These opioids numbed an entire generation, and fostered dependency on addictive drugs.

The good news is this war on drugs is dying down. Last Friday, the DEA stopped its plan to schedule several DMT analogs after facing serious opposition. Companies like Mindstate, Tactogen, and Panacea Plant Services are organizing and pushing for legislation the will support this next wave of beneficial therapies.

Recently, a Senators Cory Booker D-NJ and Rand Paul R-Ky put forth a new bipartisan bill; to force the DEA to stop barring terminally ill patients from using experimental therapies for end of life. Psilocybin is a schedule-1 drug, and people with late-stage cancer cannot use it. This bill would change that. Another bill will focus on research and pilot programs with veteran affairs to receive psychedelic therapies.

Further more, an interagency task force is addressing the complex issues around the FDA approval of MDMA with a timeline of approximately 24 months. This would place guidelines to assist states; in addressing the clinical, regulatory, and public policy components for successful deployment of these new therapies.

It is a whole new world out there. And with the emergence of these new therapies, people will have more options; especially when it comes to satisfying mental health around anxiety, depression, and trauma. The psychedelic experience is nothing new. And we music folk have known this for a while now… the world is finally catching up.