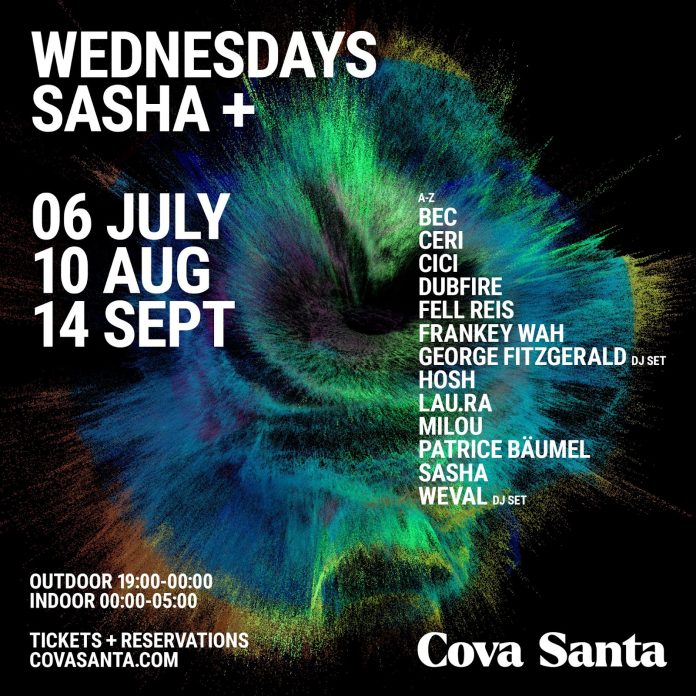 There are only a few names in the industry that are as big as Sasha. The Welsh DJ/producer is one of the founding stones of what being a DJ means nowadays. For decades, Sasha has traveled all over the world spreading the word of dance music. It’s safe to say, Sasha is one of the first superstars of dance music. Now that you know this, surely you’re dying to catch the next Sasha set you can. Well, look no more. Last week, Sasha announced he’ll be performing a series of special events at one of Ibiza’s craziest natural venues, Cova Santa. Sasha will be joined by multiple DJs and artists such as Dubfire and Patrice Bäumel.

As previously mentioned, Sasha is a man that needs little introduction. One of techno and house’s biggest bosses has carefully handpicked a strong, diverse, and well-complemented lineup. For these special SASHA+ dates, he will be joined by the best talents in the scene including the pioneering SCI+TEC boss Dubfire, Diynamic associate HOSH, UK innovator George Fitzgerald, pop-bass fusionist Lau.ra, plus Milou, Weval, Franky Wah, Cici, Ceri, BEC and Fell Reis.

Both big names and new sounds bring together a complete view of what Sasha wants to offer us: the unexpected. The songs you didn’t know you want to hear. The new music that, somehow manages to escape from the everyday crates. All of this happening while you’re standing in the middle of one of the most hallucinating venues in Ibiza.

If you want to attend make sure to check out Cova Santa’s website to get your tickets for what will be one of the best events of the entire season. Sasha+ is coming to Ibiza. Do not miss the chance to attend what will surely be a series of memorable and unforgettable concerts. See you there!