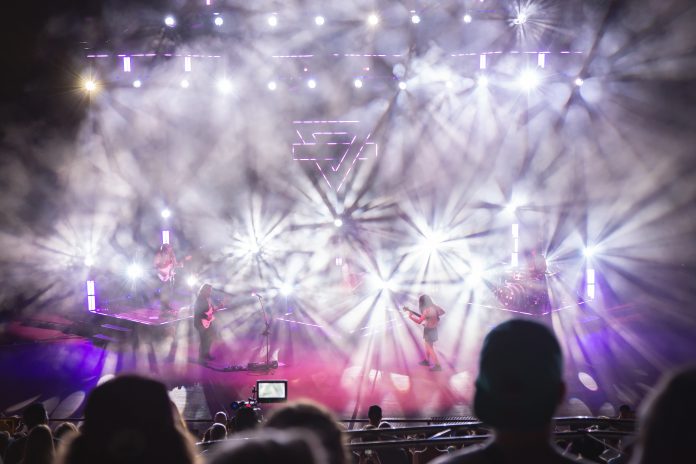 The popular band, Rainbow Kitten Surprise headlined Red Rocks Amphitheater July 11th & 12th with a disco ball light show. These two crazy sets came shortly after their 2022 Electric Forest set where they played at the Hanger in front of hundreds of EDM lovers. They have made their way into the EDM world by their funky style and beautiful productions that involve every color of the rainbow.

RKS is a North Carolina alternative/indie band made up of 5 talented musicians. They compliment each other by playing different instruments. The lead singer, Ela Melo is known for playing the keyboard and a series of guitars over the course of the set. All together, on stage they play fluently taking the listener on a beautiful path of sonic color.

Their music consist of stellar guitar rifts, solos and grooves; bass lines that make you want to move and dance; drum patterns that speed up and slow down at the perfect times; vocals that move from bass to alto; and they even have crazy synth patches us EDM lovers are familiar with.

RKS and their increasing EDM fan base

There is no hiding the fact this once small town band is becoming one of the most popular bands amongst EDM fans. Along the likes of STS9, The String Cheese Incident, and the Disco Biscuits. There is just something about them. Some would say it is the style of production. others would say it is their free spirit attitudes. Maybe it is the family-like energy they feed to the crowd.

If RKS finds their way onto a line up near you, be sure to experience their one of kind show.