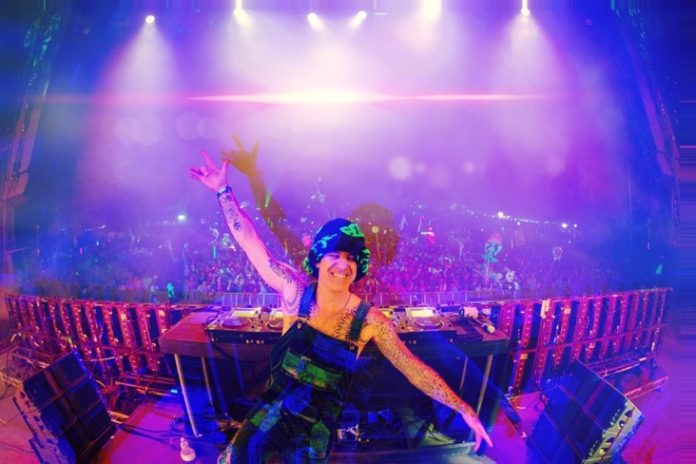 The electronic Musician, LSDREAM, went searching in a crowd of thousands at Electric Forest to find a fan who created a festival totem in honer of his music. In detail, the totem is a light up alien with a mushroom hat that resembles one of the pieces of art on LSDREAM’s Peace, Luv, & Wubz album. The alien’s name is “Mushy Mushy.” During the meetup, the fan was starstruck. He could not believe LSDREAM tapped him on the shoulder. Here is what he had to say on the matter.

“He had placed his hand on my shoulder and I turned around in complete shock, I just told him I loved him and he inspired me to do the totem. He said it was incredible and was super thankful”

The random surprise happened just after LSDREAM’s Electric Forest set at the 2022 festival. LSDREAM saw the totem while he was playing in front of thousands. He had to go say “whats up,” and to tell the totem creator how sick his piece of art is. LSDREAM proves the connection between fan and artist is not dead yet.

The electronic artist added this experience to their social media with a video showing his day at Electric Forest. Video

The dubstep artist did much more then just play one of his biggest sets at EF. He debuted his new collab with the artist CloZee. Also, during her set he joined her on stage to play it once again. Earlier in the day, he hosted a sound bath for festival attendees to disappear in the music and mediate. Throughout the day he interacted and met fans who recognized him while he walked through out the forest. He even attended a meet-up where he met multiple fans at one time.

The link between fan and artist is being redeemed slowly with small interactions like these. Hopefully more artist take to this trend and try to do more before and after their sets. It shows that they care and appreciate the people who listen to their music.