Apple tends to make scalable upgrades to it’s main iPhone camera module every year, but the front camera has stayed relatively consistent for the last couple of years. The last major upgrade to iPhone’s front camera was in 2019 during the launch of the iPhone 11 Pro, which released with a 12-megapixel selfie camera. This was a huge upgrade compared to its predecessor’s 7-megapixel camera. Since then, the iPhone’s selfie camera specs have largely remained the same.

This year however, early analysis of suppliers and leaks by Ming-Chi Kuo is predicting that the camera will have autofocus, which means sharper photos and overall better image quality. It will also have a 6-element lens instead of a 5-element lens, which will also contribute to image quality. Leaked designs also show the front camera having a new pill shaped cut out, giving user just a tiny bit of screen real estate back. 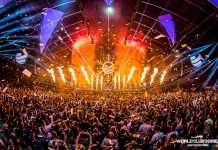