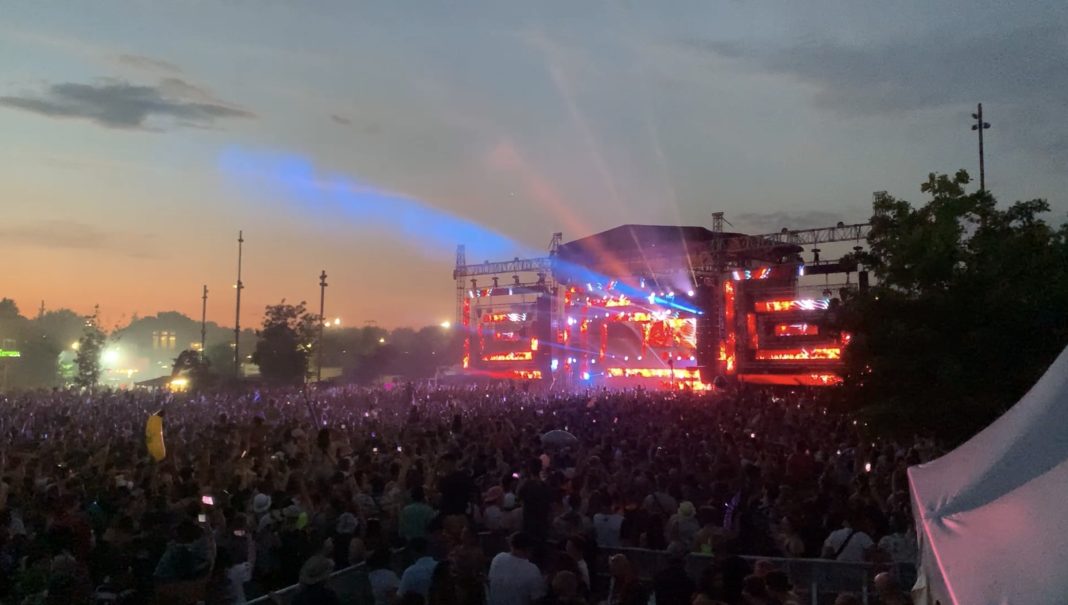 This past weekend, one of the biggest festival line ups Canada has ever seen debuted in Ottawa, Ontario. Escapade Music Festival went off in full force in Lansdowne park. Festival goers got to dance from 3pm to 11pm across three diverse stages. The stages were jam packed with some of the biggest names in dance music including Martin Garrix, DJ Snake, Tiësto, Above and Beyond, Seven Lions, Deadmau5, Duke Dumont, and John Summit to name a few. The crowds were intensely energetic and excited to once again be enjoying a music festival of this scale in Canada. Here’s our take on Escapade Music Festival in case you missed it:

The festival featured three stages: Main Stage, Stadium Stage, and Trance (Friday) House (Saturday, Sunday) Stage. Escapade announced a huge line up at the beginning of this year featuring some of the most popular DJs touring the scene. Tough decisions were made by attendees who faced two or more favorite artists playing simultaneously across stages. At times, all three stages were featuring artists that, by themselves, could headline a major show.

Approaching the entrance of Escapade Music Festival, you could tell the layout was well organized and efficient. No long waits in line to put a damper on your experience. Quite the opposite, in fact. Everyone entered efficiently full of energy and excitement. The festival opened strong with a main stage filled with massive names. The highlights of course were the final two acts of the day Tiësto and Illenium, who ripped epic sets filled with crowd roars.

Simultaneously in the Stadium, Deadmau5 took the stage to a dedicated audience of mau5 lovers. The Trance stage featured one of the biggest names in Trance, Andrew Rayel, who dropped an euphorically energetic set for the indoor audience. Back at the main stage, Illenium closed out the night in super star fashion, with a blend of headbangers and tearjerkers that rattled the audience. So many hands filled the sky from front to back until the very end.

With Monster Energy handing out free drinks, it wasn’t hard to recover quickly and jump back into day two. Lots to look forward to throughout the day, with a stacked House stage line up featuring Tom & Collins, Westend, Prok | Fitch, Gordo, and the legend Duke Dumont. This indoor stage was a nice air conditioned change up to enjoy throughout the day. Over at the Stadium stage, melodic dubstep fans delighted as Ophelia Records took over for the entire day. Featuring the very best of their label line up, the Ophelia fans went crazy for the likes of Wooli, Said the Sky, Kill the Noise, and of course, label boss Seven Lions. As if it wasn’t hard enough to choose between sets, the main stage also featured a stellar line up. Deorro, Alan Walker, Kaskade, and DJ Snake all threw down insane sets that rocked the crowd.

They say save the best for last, and in this case they were right. Escapade blazed on its third day with some of the best DJ sets of the entire weekend. CID, Joel Corry, John Summit, and Dom Dolla churned out fire tech house sets on the House stage. SVDDN DEATH, Slander, and Excision drained any remaining energy the headbangers had left at the Stadium stage. Above and Beyond, Sam Feldt, and Don Diablo brought the very best of crowd favorites over on the main stage.

Finally, Martin Garrix closed out Escapade in remarkable fashion, dropping some of his hardest tracks. The crowd reaction was beyond ecstatic, as hands were raised from front rail to back lawn throughout the entire set. Fireworks synced with the drops, closing out what was truly an epic weekend filled with dancing and celebration.

Will Escapade Music Festival happen again next year? We sure hope so! If you didn’t get a chance to go this year, you definitely should add it to your festival bucket list. 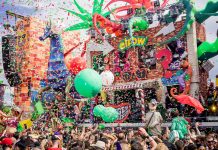 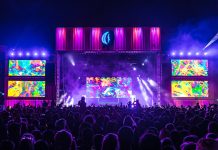 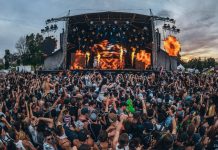