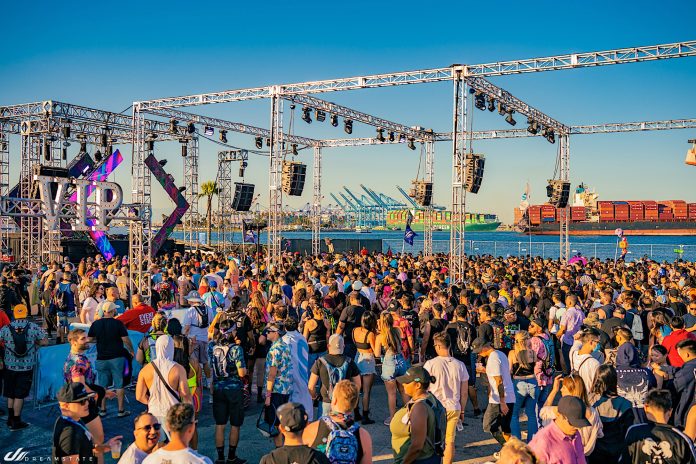 Dreamstate Harbor has come to a close and the weekend went well. EDMTunes is here to review how the not-so-typical trance event went down. The event took place at the Los Angeles Berth 46 in San Pedro over the course of two days. Attendees got to dance from 3pm until midnight to some favorite trance artists while basking in the sun all weekend long. The location is beautiful, nestled in the harbor overlooking the shipping yard to one side and Cabrillo Beach and San Pedro Bay on the other. As the sun set, you could soak in the picturesque sights of the stage lights and water.

I started off with Xijaro and Pitch at the Aquaria stage. They played a melodic uplifting set, and it was my first time seeing them. Pitch took to the decks and played some familiar trance hits like ‘Strange World’ while also weaving in some reworks of his own like The Greatest Showman’s ‘A Million Dreams’. Next Christina Novelli followed up with an energetic set and even brought out an electric guitarist on stage. He played along for the crowd to enjoy.

I spent the majority of the first day at Aquaria. Craig Connelly made his way back to Dreamstate with the uplift while Sean Tyas also came and played a bunch of unknown IDs. Both played sets that crowds enjoyed feverously. Guiseppe Ottaviani, a staple at Dreamstate, initiated with uplift, a couple IDs, and sprinkled in some hard. I enjoyed his mashups. John O’Callaghan’s set contained tracks with an oceanic vibe, which is fitting for the venue. He even threw in Gareth Emery’s remix of ‘Shipwrecked’.

Sander van Doorn’s Purple Haze was a first-hand experience for me. His set flowed back and forth, but hard-hitting at times. I think the crowd enjoyed his new melodic techno alias. What took fans by surprise was Markus Schulz’s deeper vibes set to close out the night. As the harbor lights reflected and shined into the night, day 1 ended successfully. The only thing that got in the way was the high wind, where temperatures got chilly at times.

Dreamstate is typically not on a Sunday, but there we were. I spent a good time at Hydra this day because the hard-hitting trance lived there. David Rust and David Forbes played absolute relentless sets, with the hardest bass lines I’ve heard in trance. Those techno elements came in and the energy was party rocking. Will Atkinson drew a nice crowd and everyone cheered for him. Mark Sherry played all his acidic, hard hits and threw in a little Rufus Du Sol towards the end.

Ilan Bluestone back at Aquaria opened with Duran Duran and hit all the emotional notes with his ‘Sun & Moon’ remix. I wish he played more of Impulse but we did get ‘Stranger To Your Love’. Bryan Kearney ended day 2 with a variety of tracks from Trance Wax, Cold Blue, JoC, and a few IDs. He even played some tracks from his alias Key4050 with JoC, which I’d like to see come back. His energy hit very hard while getting in so melodic uplift and the crowd could not have been more pleased. Kearnage ensued with a Kearney Dark Dub of ‘Find Yourself’.

Watching drones fly around DJ heads and walking around the small, intimate venue was fun. The egress and ingress had no difficulties, with no parking issues. Does it get any better than listening to music along the water? Check out the few uploaded sets below.

Will Dreamstate Harbor happen again next year? Guess we’ll have to find out! Now, it’s onto Dreamstate for Trance-giving. 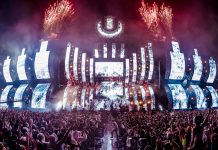 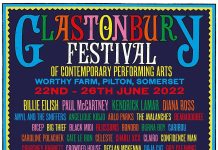 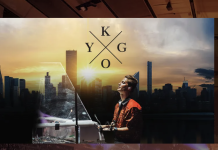