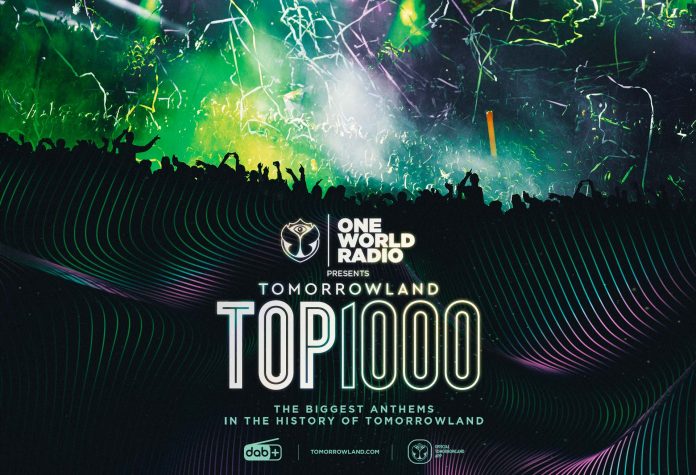 The Tomorrowland Top 1000 is back on One World Radio to count down this year’s votes for 1000 of the most iconic anthems. This marks the fourth edition of the annual countdown, which has become a popular event among listeners.

The anthems are currently being counted down live on One World Radio with special shows running until Friday May 13th, at which point the No. 1 spot will be revealed. In addition to the countdown finale itself, fans can look forward to special guest hosts on Friday, including Adam K. Fans can also download the official Ablo app to tune into the Aftershows, hosted by Lady S, which will also see guest appearances from Austin Kramer and Adam K on May 11th and May 12th.

In the last two editions of the Tomorrowland Top 1000, Avicii’s ‘Level’s’ took the number one spot. Tune in here to find out who will win this year.