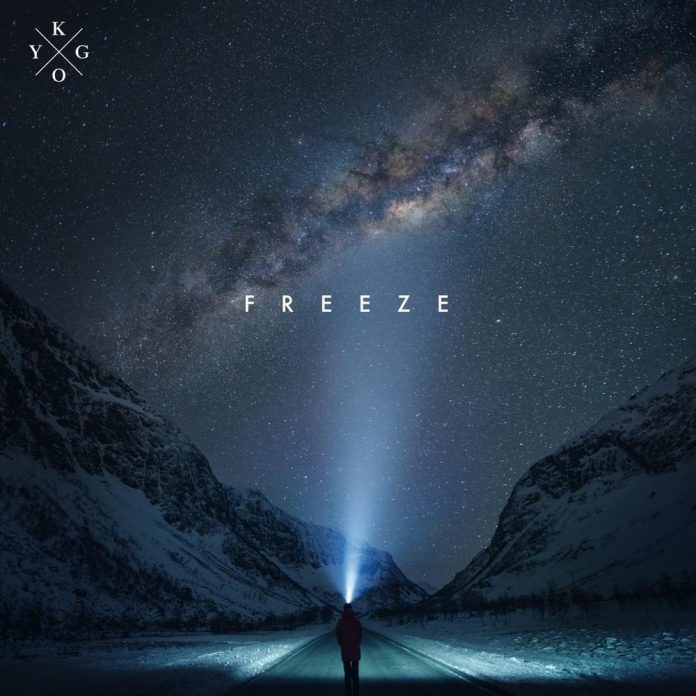 The tropical house titan, Kygo releases his new song ‘Freeze.’ This is the global superstar’s 2nd release of 2022 and he didn’t hold back. He shows his talent of creating a track that that gives a different vibe for a new year. ‘Freeze’ is a new style of music compared to Kygo’s tropical, happy, and day club music. The new track gives more of a darker but still happy ride sticking to the lower octaves.

With vocalist Andrew Jackson’s constant vocal shout, the track opens up to a beautiful melodic structure. It slowly introduces all the percussion with the melodic harmonizing until its chorus and build. Andrew starts to hum and formulate the chorus that will soon drop us into the hook. The hook is a masterpiece ready for all stages, club to festival. I’d even say this might be one of Kygo’s next radio hits.

Anyways, beating like a record breaking house track, the hook hums the song title over a big bass line. A bass line that gives the sound speakers a full spectrum to give the listeners to dance too. Following the first drop, Kygo’s new song ‘Freeze’ instantly goes back into a build that spans well over a 8 bar period giving the listener lots of anticipation before its final presentation of the song’s core. The outro is a masterpiece piano piece by the masterful pianist himself, Kygo.

What’s Next for Kygo

This new song ‘Freeze’ is a new start to Kygo’s musical career. It follows his 1st release of 2022 ‘Dancing Feet‘ with the band DNCE. This new contagious music style will find it’s way all the way across the world just like all of Kygo’s other musical creations. Never has Kygo let his listeners down and 2022 will be no different.

Recently, Kygo made his appearance at the F1 Miami Grand Prix. He played the opening set introducing the new song ‘Freeze’ for the first time. Lucky Miami locals and F1 Grand Prix goers were there to witness it. Above, you can see a YouTube video of the Grand Prix opening. Kygo is at the 30 minute mark. continuing, He also played for the Major Food Group and his tropical life style brand Palm Tree Crew over the weekend. So we can say Kygo planned and accomplished a huge introduction and drop for this house music masterpiece, ‘Freeze.’