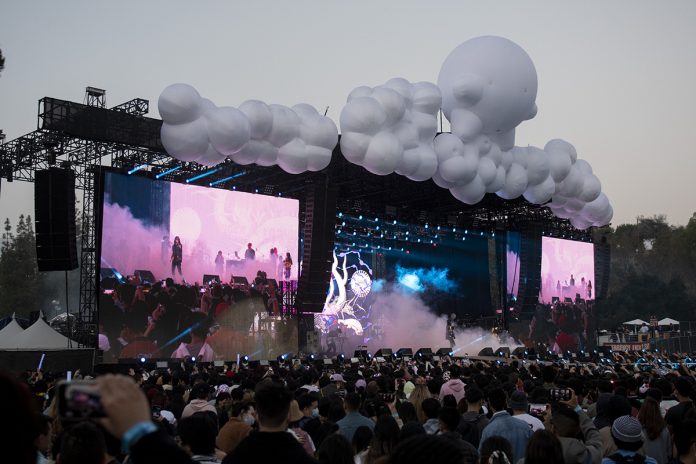 Fresh off of an incredible takeover at Coachella this past April, 88rising has just announced an unbelievably stacked lineup for their 2022 festival this August in Pasadena. The Asian record label has announced the festivals return to last year’s venue of Rose Bowl Stadium in Pasadena California and now they’ve just unleashed an impressive lineup of artists that will be performing at this year’s festival.

Headlining the festival will be Jackson Wang. He is set to throw down his Magic Man Experience which is a similar performance to that of what he left everyone in awe when he performed at Coachella this year. Returning as headliners for this year will be 88 favorites including Rich Brian, Joji, and NIKI. Supporting acts for this year’s festival will include Warren Hue, mxmtoon, No Rome and many others. Representing the DJ performances this year, we will see Dabin, Lastlings and a very unique DJ set form Joji.

The lineup for this festival just keeps getting better and better by the year. Check out the entire lineup of talent performing at this year’s festival below now. Tickets for the festival are on sale now so make sure to grab them here now before it is all sold out!