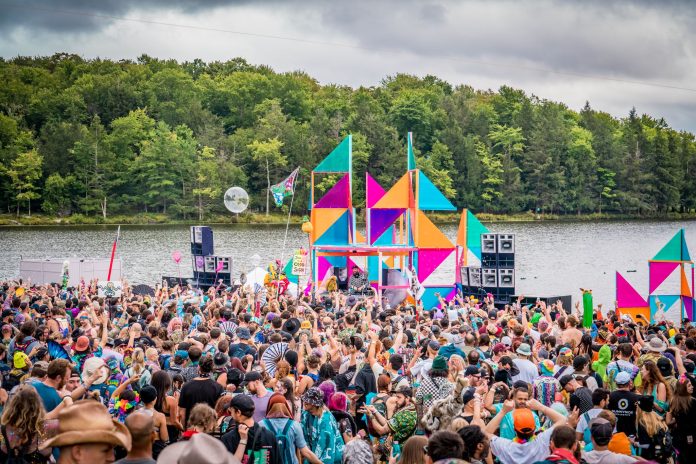 Elements Music & Arts Festival has revealed the full lineup for its fifth edition in the magical forest. The lineup for festival happening August 19 to 22 in Long Pond, Pennsylvania, was already stacked, and the final phase elevates it further. The just-added acts include indie electronic artist Tycho, Desert Hearts‘ Porky b2b Marbs, “alien bass music” heavyweight Shlump and tech house maestro Chapter & Verse. They are joining more than 50 previously announced artists, that fans got to guess through Wordle.

The 72-hour camping festival features four main stages: Fire, Earth, Water and Air. The Fire stage, “driven by exploration and excitement,” will host a Kaskade Redux set, Fisher, Duke Dumont, Zeds Dead and Claptone, among others. Stage production will be top-tier, with LEDs and pyro cannons. The Earth stage, exploring the bond with nature, will present Rezz, Big Gigantic and jam bands like STS9. The Water stage is the perfect daytime spot to get down to house, electric disco and reggae, with Claude VonStroke, Shermanology and MIANE. The Air stage will bring the captivating sounds of Seth Troxler, Nicole Moudaber and more. Meanwhile, the Wub Hub is where newly added artists MIZE and Shlump will shine.

See the full lineup below:

This year, the Burning Man art car Scrubbly Bubbly will debut and cruise around the campground. There will also be a rave in a life size washer machine. Attendees will get to enjoy a healing garden, yoga and meditation sessions and a summer camp-like camping experience.

Elements is taking place at a new location this year, just under 100 miles west of New York City. The event has been described as psychedelic, unifying and the alternative cultural festival of North America.