Home Music News The DO LAB Sets The Stage For An Epic Coachella Weekend 2,... 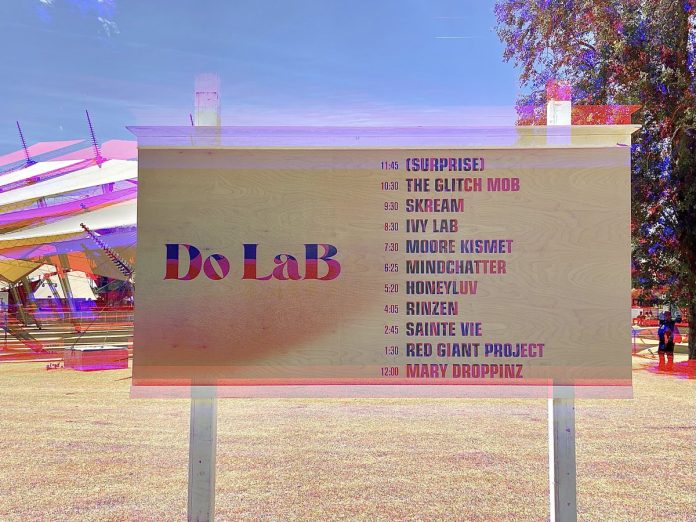 Coachella weekend one has come & gone, and those of whose us who attended, wish it weren’t so. Going on at this very moment is weekend two, and i’m those who attended weekend one, and those who did not are having serious FOMO. I for one am, and the main lineup aside, it is all thanks to the DO LAB. Over the course of weekend one the DO LAB was filled to the brim with some of dance music’s finest. The stage also featured some surprise special guests, that made leaving the tented stage, that much harder. From the looks of the recent weekend two schedule drop, this is all about to happen all over again.

Weekend Two at the DO LAB is once again set to feature some of dance musics biggest maintaining the precedent that has been set in recent years. Hot names like Sidepiece, and Vintage Culture will dropping sets, as will Elohim & Ivy lab. In addition to this, the prodigy Moor Kismet is set to take the stage, and as is Rinzen, and Mindchatter. If you’re into bass music, be sure to stop by. I say this, as the Glitch Mob is dropping a special set, and Skream is going back to his roots. If you’re familiar with his career, i’m sure you know what this means. If not, prepare yourself for some real dubstep.

While i could go on and on about this lineup, its best if you just check it out for yourself. Trust me, you won’t regret it. If you’re still on the fence about going, check out our Coachella 2022 Weekend One review, here. You just might be convinced to go afterwords. In conclusion, the full DO LAB lineup can be found below, see you there!