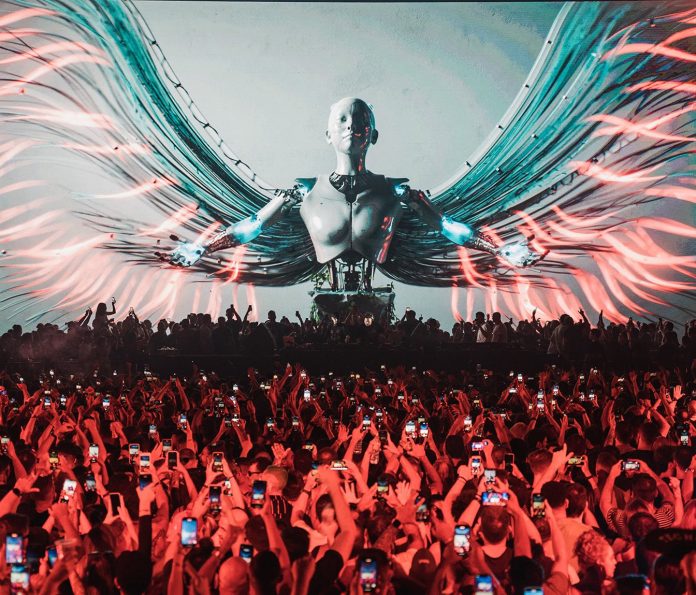 ANYMA, the solo project of Matteo Milleri of Tale of Us, recently explained on YouTube how he incorporated NFTs into his shows. The producer gave the viewers an inside look at the most recent NFT from ANYMA. The project is also supported by visual artist Alessio De Vecchi. This collaboration helps make the shows a unique experience for attendees and push the boundaries of the live show experience. Check out the full video below.

ANYMA wants to bridge the gap between live music and NFTs. The goal is to give fans the ultimate immersive experience. Since the launch of his genesis NFT EVA 0 in November 2021, Milleri continued to pursue this goal. The artist aims to use NFTs as a way to connect his different ideas to the shows.

“ANYMA is a mixed media concept, where visuals and music combine to create a new form of creative output. We are leveraging the blockchain to empower it bring it to the community, and to sustain it financially”

Alessio De Vecchi has worked closely with ANYMA to bring the visual aspect of its shows. Even though the combination of visuals and electronic music is far from a new concept, the way ANYMA does it – especially by including the NFT world – is really different. Before NFTs CG artists were called for a one-time gig only, which limited the possibility of a long-term vision. However, NFTs changed the game and allowed artists like ANYMA to create an ever-lasting tale.

“NFTs gave us the chance, for the first time, to narrate a longer story”