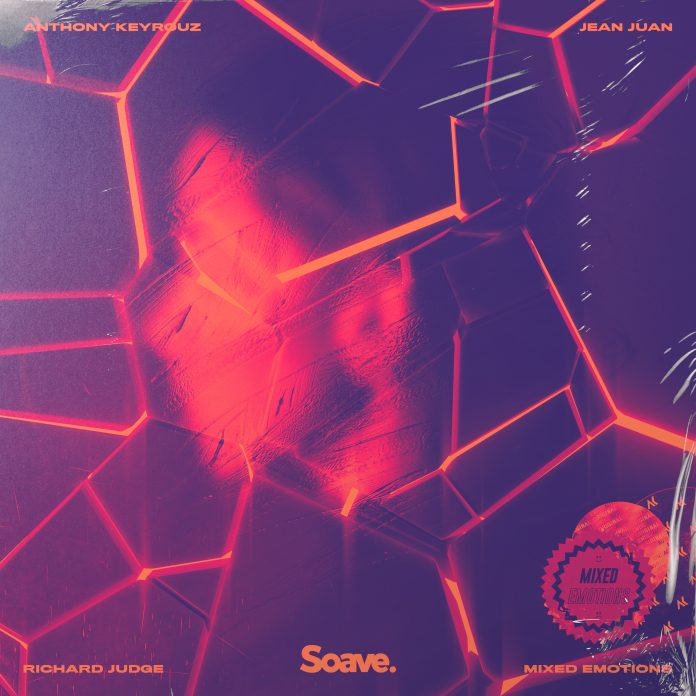 This week, Anthony Keyrouz and Jean Juan take huge strides in the dance scene, releasing a new single titled ‘Mixed Emotions’. The two astounding producers have found themselves dominating the charts release after release. They decided to finally come together once again for a sophomore collaboration. This time, the pair invited Richard Judge to deliver a moody and ethereal vocal performance, riding on top of a smashing production filled with blistering low-end and vibey grooves. Combined, the artists boast 4.5 million monthly listeners who will be eagerly awaiting such a banger. You may feel some ‘Mixed Emotions’ in general, but you can be certain that this tune will set you square. Don’t miss out!

First, composer and producer Anthony Keyrouz is a familiar name for deep house lovers worldwide. Combining his Lebanese heritage with a love for deep basslines, Anthony brings traditional Arabic instruments into dance and house music. Consequently, the sound brings him a growing loyal fanbase and has increased his presence at clubs and festivals throughout Europe and the Middle East.

Dutch DJ, writer, and Soave label head Jean Juan has taken a big leap this year. That is to say, he has grown to a million monthly Spotify listeners and a total play count of over 30 million. 2020 brought him early viral success with ‘Don’t Forget Me’ in Russia. This track alone was aired on radio over 100,000 times, and subsequent single ‘Sauce’, currently counting over 17 million plays.

Lastly, Richard Judge is a British singer, songwriter & DJ from London. He is most known for his multi-platinum hit Show Me Love, with Robin Schulz. The song spent 6 weeks at number one on the German Airplay Charts, and became a smash hit all over Europe & Australasia. At its peak, it reached the number one spot as the most Shazam’d track in the world.