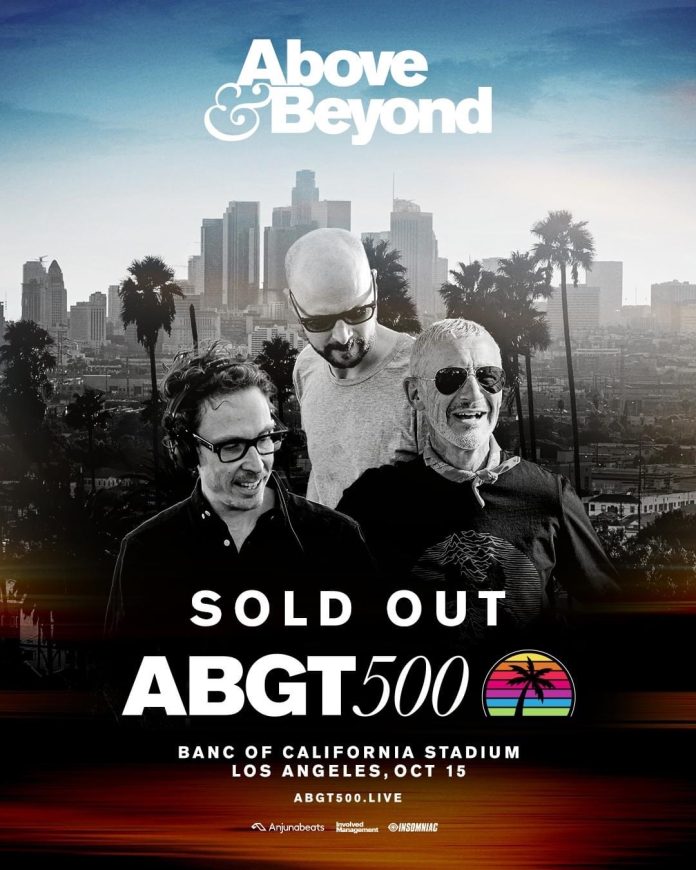 Above & Beyond‘s Group Therapy 500 show in Los Angeles sold out in just 24 hours of tickets going online. Passes for ABGT500 at Banc of California Stadium went on sale Tuesday. Now only a limited number of destination packages remain. The impressive sell-out speed for the October 15 event is a testament to the trio cementing their status as one of dance music’s most popular acts.

“Thank you, Group Therapy 500 is now sold out!” Above & Beyond shared on social media on Wednesday. “We’ll see you in LA.”

While ABGT500 is no longer available on the official website, there are still some passes for Anjunadeep Open Air. That takes place at Christmas Tree Lane at Exposition Park on October 16.

Jono Grant, Tony McGuinness and Paavo Siljamäki, the founders of the Anjunabeats and Anjunadeep record labels, have hosted their Group Therapy Radio show every Friday for nearly a decade. Marking 500 episodes, ABGT500 Los Angeles will be the band’s biggest milestone celebration yet. Above & Beyond will play two sets. Stay tuned for the complete lineup.

The Banc of California Stadium show will add to the trio’s deep connection with the City of Angels. They have previously sold out venues including the Hollywood Bowl, the Greek Theatre, the Los Angeles Convention Center, the Forum, the Shrine Auditorium, and the Hollywood Palladium. Tens of thousands of Anjuna fans also gathered for Anjunabeach SoCal in Huntington Beach in 2018.