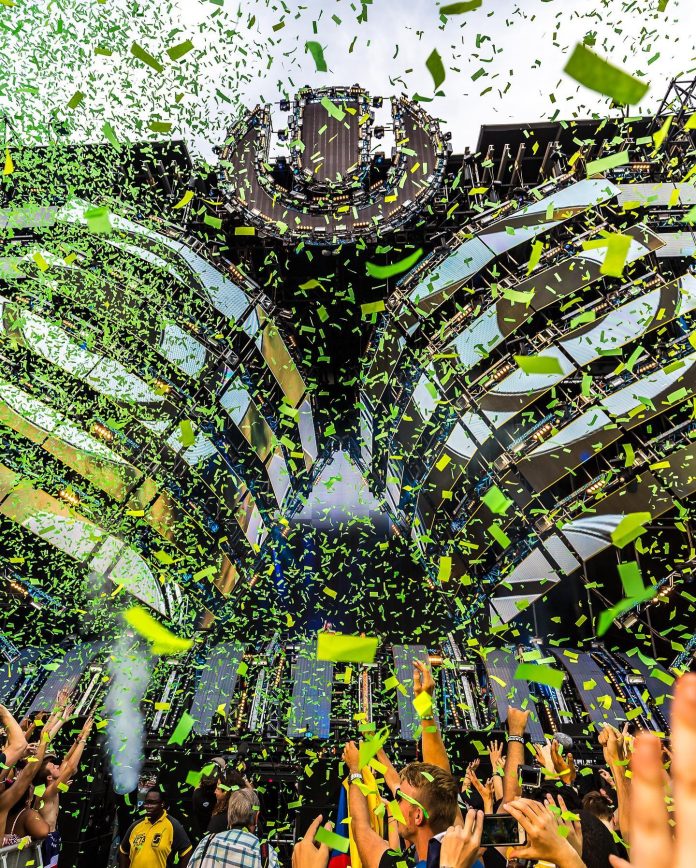 Ultra music festival is officially back, and we couldn’t be happier. If you’ve ever attended, you know how magical of a place Miami becomes during MMW/ Ultra. If not, you might want to make the trip. For those of us who won’t be able to make the voyage to South Florida this week, don’t worry the team over at Ultra has got us covered. It was recently announced that UMF would be bringing back their live stream, thanks to #ULTRALIVE.

This year’s Ultra Livestream is being brought to us by Algorand. They lay claim to being the world’s most decentralized, scalable, and secure blockchain infrastructure. A press release from UMF states that Alogrand:

“[fuses]…traditional and decentralized finance to accelerating global sustainability and disrupting the creator economy in favor of artists and fans, the Algorand blockchain is already being leveraged by thousands of businesses around the globe to power economic models of the future.”

#ULTRALIVE is set to feature a wide scale of performances from various stages throughout the weekend. On Friday, Ultranauts worldwide can view a special broadcast of A State of Trance (ASOT)’s Ultra Worldwide Stage takeover. This will be in celebration of Ultra Music Festival‘s 10th year of hosting Armin Van Buuren’s iconic radio show. In addition to this, the Livestream is set to feature exclusive content curated specifically for the stream. This will include things such as artist and fan interviews. These interviews will be hosted by the one and only Andrea Helfrich and Will Best.

ULTRA’s RESISTANCE Carl Cox Megastructure will also host its own dedicated stream across all three days. This is intended to bring fans of the underground the sounds they love so much. While there is much more programming set to take place, not much is known at the moment. For now, all we know is that the stream will take place live, from the Main Stage, the RESISTANCE Megastructure, the Live Stage, as well as the Worldwide Stage. In conclusion, for a quick recap of the #ULTRALIVE schedule, check out the full broadcast times, below.

Lastly, the 22nd annual, sold-out edition of Ultra Music Festival will be taking place Friday, March 25 – Sunday, March 27, and is set to take place at Miami’s Bayfront Park. See you there!