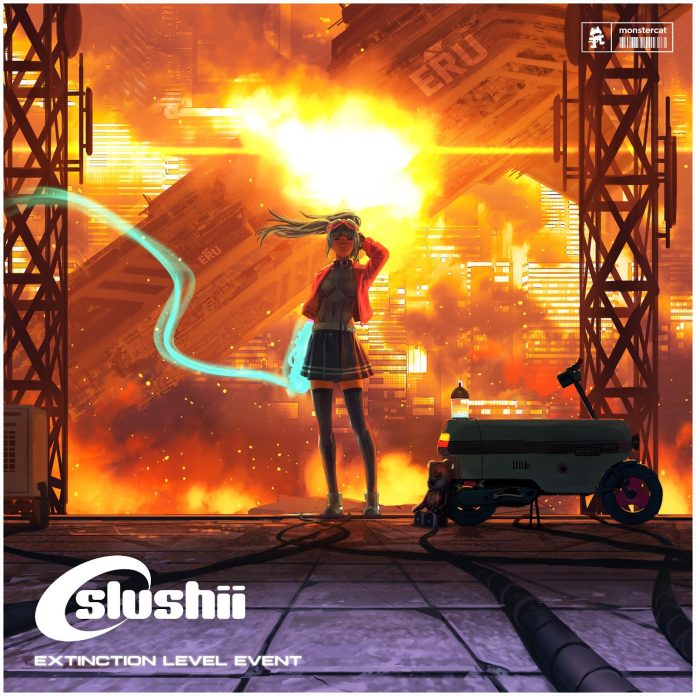 Slushii produced a 14-track album to make a massive return to EDM. It’s not that the Slurpee-like artist truly ever left the scene, but he was less publicly active for some time.

Now he’s back with a smashing album three years in the making called E.L.E. (Extinction Level Event). Take a look at what Slushii had to say about it:

“This album is the culmination of three years of my best work. I really felt that there was a need for an album to revive the early 2010’s brostep machine and fix it up with some new modern tech! This is a slow burn type of album, and one I hope you listen to front to back that can stand as a new beginning in the book of Slushii!”

The young producer goes a different direction from his dubstep roots in E.L.E. Slushii uses trap-inspired beats, melodic bass and a futuristic pop-fueled edge to create a robust collection of tracks. There is something for all listeners, from ‘ICE’ with Rickyxsan to ‘ACID HAUS’ with Trilla. It’s Slushii’s most boundary-pushing work yet in his meteoric rise.

E.L.E‘s inspiration largely came from Slushii’s deep-rooted passion for Anime and Japanese culture, evident in the album’s accompanying artwork. This spring, he’ll take his audiovisual universe on the E.R.U. tour across the US, making stops at Ultra Music Festival, NY’s Marquee, LA’s Academy and more; get tickets here.

For more information about Slushii, check out his social media pages. And don’t forget to give Slushii’s new 14-track album a listen below.