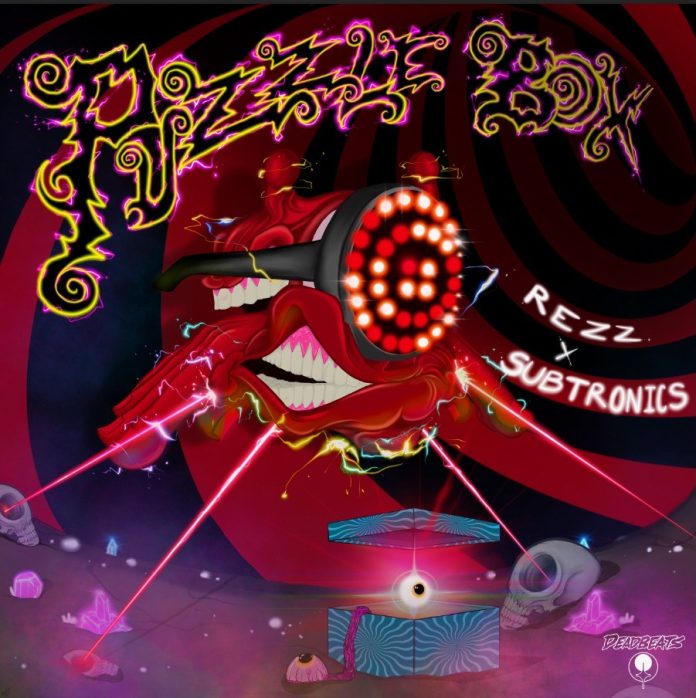 REZZ and Subtronics, two heavy hitting names in bass music, just dropped their collab ‘Puzzle Box‘ today. The single is dark, twisted and weird in the best way. It combines the signature zombie crawl tempo of REZZ with the otherworldly “disturbingly gigantic bass noise” of Subtronics. Both artists are known for their unique sound, and fans will be ecstatic to find that the styles work in perfect harmony in “Puzzle Box.”

Back in February, the duo had a hilarious twitter exchange in which they announced that they were working together on a new track, and then shortly after (literally one day after), announced that it was complete, further showing off the chemistry the two have. Twitter users were wowed by the exchange and anticipation for the track reached a fever pitch.

It is all the more impressive when you consider that both artist were currently on — or preparing to go on — their separate tours for their recently released albums, Fractal and Spiral. They both immediately debut the track on their tour stops, again lighting up social media with recordings of the addicting bass drops along with their own mind-blowing stage productions.

Listen to “Puzzle Box” here! All proceeds from the track, including the corresponding exclusive merch drop, will benefit charities for children in Ukraine.