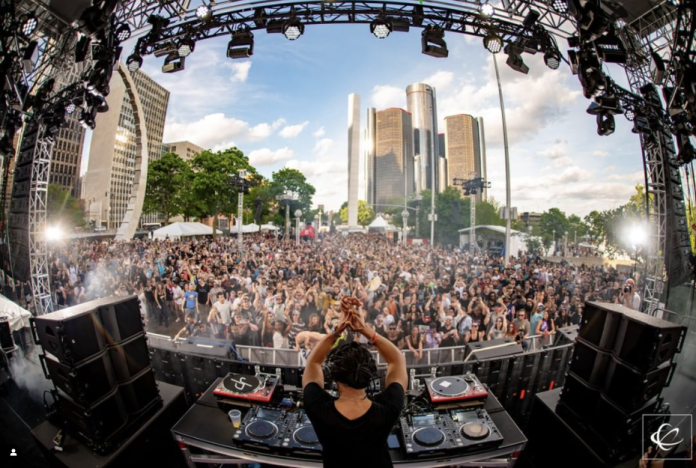 There’s nothing better than Memorial Weekend in Hart Plaza in the techno city of the United States. Seriously. Even though we’re going to show you the lineup in just a second – it truly doesn’t matter. There’s nothing like that place; the buzz of the city, dancing right along the water, the music, the people, and the iconic artists gracing the stages.

Just today, Movement Music Festival decided to release its 2022 lineup. The festival has not taken place since 2019. It did curate and release a lineup for 2020 but that was halted due to the pandemic. The lineup, as usual was outstanding and got people talking. So it’s not shocker that their updated 2022 lineup is any different.

The three day event is hosting some huge names this year. 999999999 and Duck Sauce are coming around. ANNA and Ardalan and Adam Beyer sit on top of the page. Claude VonStroke, DJ Holographic, DJ Tennis, and Dom Dolla will be there. Iconic Jeff Mills and Jon Hopkins are flying over to the Motor City. Bender-pro John Summit, will be a fun time. Maceo Plex, Nancy Whang, Paula Temple with Seth Troxler will all be fun. And hey, did you notice Skrillex and 2Chainz are both on there? Damn. Take a look at the underground names below as well. Some local favorites from many cities all around will get the chance to shine in Detroit.

Early Bird tickets are sold out (rightfully so) but there are still some amazing deals available to see these high profiled and smaller names. Payment plans are available. Let’s go!