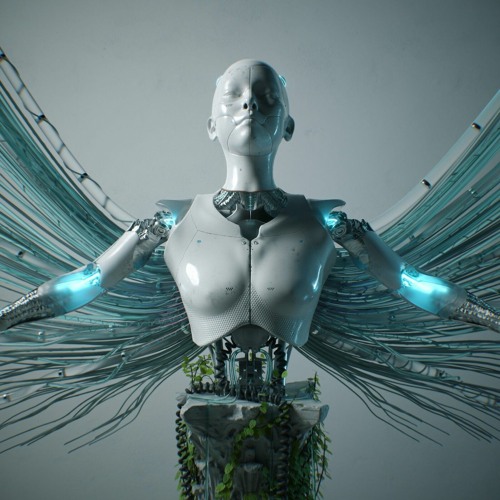 Miami Music Week hasn’t even arrived yet, but we can confidently say that this new track will be one of the biggest bangers of the week. ANYMA, Matteo of Tale of Us, has been on an unstoppable roll since his new side project debuted in 2021. ANYMA snagged two of our Top Originals of 2021 and one of our Top Remixes of the year as well. Hot off the release of “Running“, which is still captivating live audiences around the world, Matteo wasted no time topping his own hit.

Showing his prowess as a tastemaker, he looked to one of EDMTunes hottest rising stars of 2021, Innellea, for ‘Angel 1‘. This track first surfaced at Zamna Tuluum and many speculated it was an Innellea remix of ‘Running’, since it features the same dark atmospheric tone and similar chord progression in the drop.

Now we know the track is actually an original collaboration between ANYMA and Innellea, and the duo takes it a step further than your typical release. In keeping with ANYMA’s theme of technology and AI, this track comes complete with a mesmerizing NFT visual artwork designed by Alessio De Vecchi, Filip Hodas, and Adam Priester. So ‘Angel 1’ is a fully immersive audio track with visual accompaniment that you will be sure to see in full form in the Ultra Music Festival Resistance Megastructure next Saturday night. It will likely be one of the most epic moments at that stage of the entire weekend.