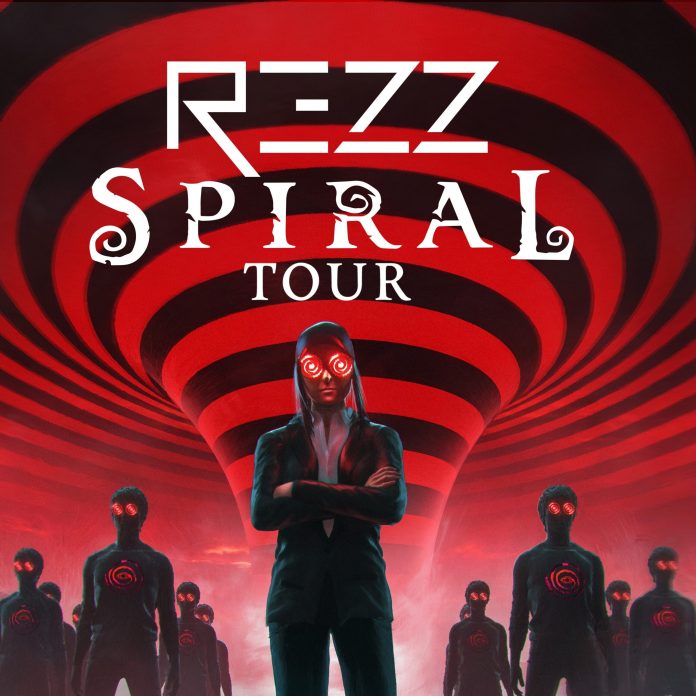 Canadian DJ and record producer, Rezz, affectionately hailed as “Spacemom” by her fanbase, will kick off her tour for her third studio album, Spiral this Friday in Detroit, Michigan. The tour will feature 19 stops and 20 shows, including one in Stockholm, Sweden. Rezz teased the exciting stage production for her shows in a social media post last month. The setup is quintessential Rezz. It features a large LED screen for her signature visuals, a raised platform putting her front and center, plenty of lasers, and floor-bound beam lights that mimic the cover art of her album.

It has been a good year for Rezz. The iconic artist, known for her mid-tempo, trippy bass music was featured as a headliner in many returning festivals in 2021 including Electric Zoo, EDC Las Vegas, and Decadence. She released her album Spiral on November 19th, 2021, which featured popular tracks like “Taste of you” with Dove Cameron and “Chemical Bond” with Deathpact, which was used by Apple in their 2021 Macbook Pro launch commercial. The album is a mix of classic Rezz as well as some fresh new experimental styles which highlight Rezz’s growth as an artist. Older tracks like Edge have also risen to viral fame on Tik Tok, with over 1 million videos created with the song, according to app analytics.

If you have never been to a Rezz show, I highly recommend attending. She is known for playing sets that melt your brain, snatch your soul, and steal your heart. There is a reason her fanbase calls themselves the “Cult of Rezz.” I am looking forward to reviewing her tour in the coming months!