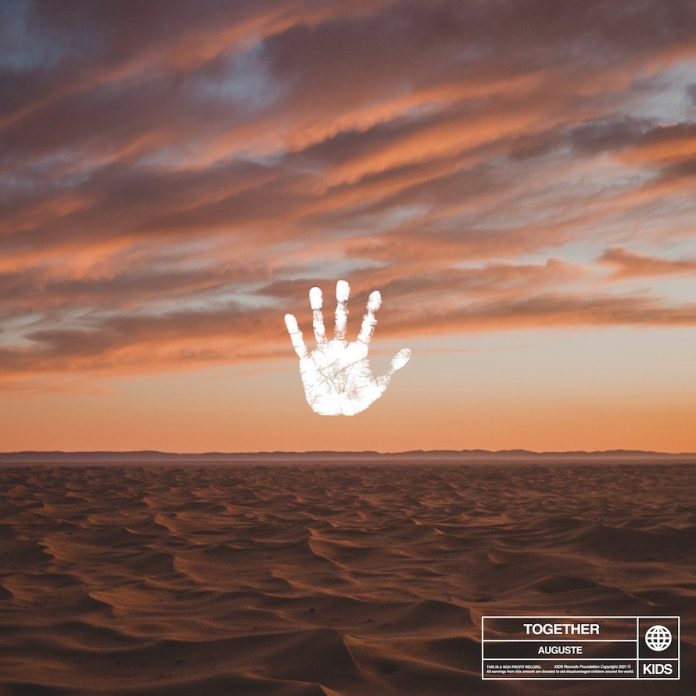 We had the pleasure of reviewing French producer AUGUSTE and his first track for 2022. Titled ‘Together‘ we see its release on Hugo Cantarra’s label KIDS Records Foundation, a benefit that provides care for children around the world. This single follows the success of his other melodic techno track ‘Crystal Streams’ under Sirup Music. His supersonic techno cuts and mesmerizing melodies preface his latest track in a tropical tune with African elements.

Firstly, ‘Together’ opens with a sonic journey of afro sounds fused with melodic dance music. Next, delicate synths and intricate percussion resound throughout the piece while you listen. What’s more, the vocal samples intertwine with the deep bassline that showcases AUGUSTE’s natural adeptness for production. The track bursts with uplifting energy and is a great addition to his musical repertoire. His sound is unlike others you have heard before and is ready for the crowds of the world.

AUGUSTE is rapidly making a name for himself with releases across all notorious imprints. These include Sirup Music, Ensis Records, Kiwistage, XTR Records, Blanco y Negro Music, and Volubilian. He started playing piano at a young age, and the passion grew from there. His interest in production peaked at 16 years old where he began DJing in college. Falling in love with melodic techno, he takes on the same musical career path inspired by Maceo Plex and Bicep. Back in 2020, he released ‘Back From Earth’ and that marked the beginning of his journey. His signature sound blends worldwide elements and sounds, representative of his diverse background.

Fall in love with his harmonious, unique sound design while pushing boundaries through psychedelia and prime-time techno inspiration. In addition, the Frenchman also creates mixtapes and proves he is a promising rising star in the industry. Look out for new music on the horizon.

Listen to ‘Together’ below, officially releasing on Friday. Follow him on his SoundCloud for more music.