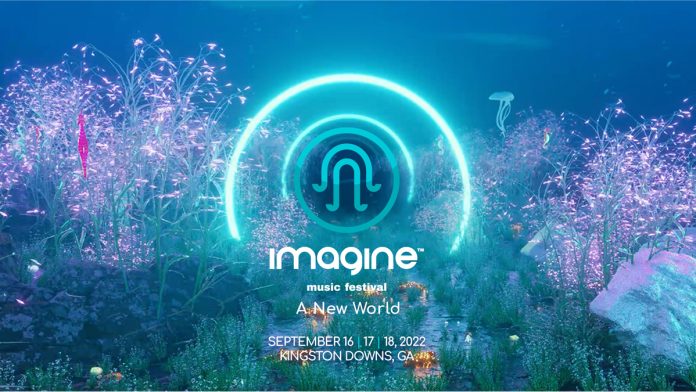 Imagine Festival will not be returning to Chattahoochee Hills in 2022.

In a splashy video posted across social media, the EDM event announced they’re relocating to Rome, Georgia. Kingston Downs, the horse track that hosted CounterPoint for two years, is the new home for Imagine.

“If you loved the Farm, you will love the new site,” the festival commented on Facebook. “[It] has the same good qualities of the Farm with much better drainage and roads.”

“We are devastated to have to share this news, however mother nature leaves us no other option but to cancel Imagine Music Festival this weekend,” organizers said in a statement last September.

They blamed rain, strong winds, and other severe weather for the festival’s cancellation.

The steady rain that left cars and people stuck in the mud, at Tomorrowworld 2015, certainly weighed on the minds of Imagine organizers when they pulled the plug last year. Still, Imagine Festival expressed confidence in holding their event at Bouckaert’s Farm.

“We believe in the majesty of this site, and the potential for this festival at Chattahoochee Hills,” they said.

They even changed the festival’s 2022 dates to early October when Atlanta weather is ‘historically dryer and more stable.”

Imagine Festival will take place in September 2022, one hour north of Atlanta.

“If we stayed at old site, the weekend would have been switched. But we decided the best decision for the festival was to move to an improved location.”