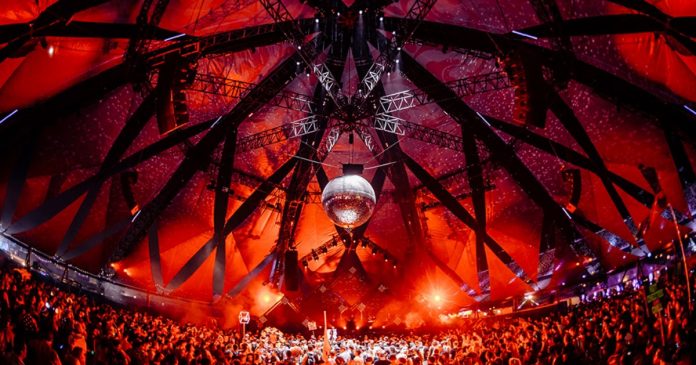 Insomniac’s Factory 93 underground house and techno concept is entering the European scene with two shows in Antwerp, Belgium, this month.

Two exclusive shows on November 26 and 27 will feature Adam Beyer’s Drumcode record label and high-tech minimal master Boris Brejcha. The Thanksgiving weekend shows will strike up an appetite in Antwerp, which is close to the Tomorrowland site.

“Across two nights, the city will be exposed to a fusion of immersive live art, cutting-edge technology,” Insomniac stated. “And exceptionally curated house and techno upon its debut appearance on the other side of the Atlantic.”

“Replicating the success of countless shows across the US, these two special shows will prove to be the start of an exciting new chapter for this esteemed event concept.”

The Drumcode event will unfold at Expo Waagnatie, with a lineup including Anfisa Letyago, Bart Skils, Joseph Capriati, Layton Giordani and Len Faki.

And Brejcha will grace fans with a special, one-night-only “in concert” show. Support for Brejcha includes Ann Clue, Deniz Bul and Theydream.

For European dance fans who are unfamiliar with Factory 93, it “focuses on self-expression and untethered creativity.”

“A space where immersive art, cutting-edge technology and meticulously curated beats live in harmony,” Insomniac stated. “It is a space enticing to everyone seeking a break from reality.”

Insomniac started the concept with a desire to go back to its roots. The Los Angeles-based production company has built an empire anchored in its flagship Electric Daisy Carnival Las Vegas. But founder Pasquale Rotella threw warehouse parties in his early days in the scene. Insomniac has produced more than 2,000 festivals and shows for nearly 5 million attendees worldwide in more than 25 years.

Factory 93 has worked with some of the biggest underground artists including ARTBAT, Carl Cox, Charlotte de Witte, Eric Prydz and Green Velvet.

Tickets for Factory 93 in Europe are €41.50. Purchase passes for Drumcode on November 26 here and Boris Brejcha in Concert on November 27 here.