Home Events A Recap of RÜFÜS DU SOL at Arizona Federal Theatre in... 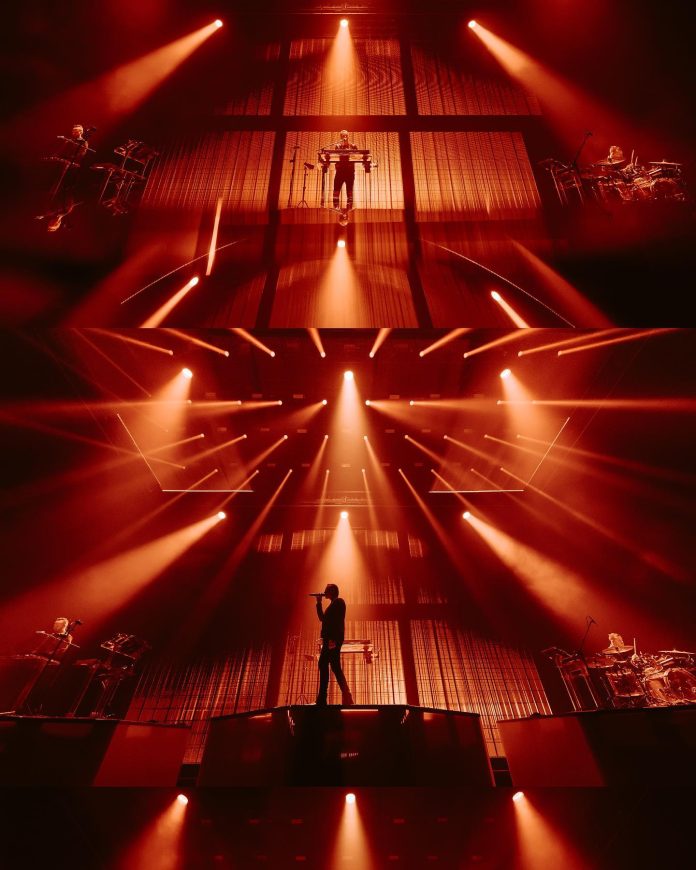 Over the summer, Australian trio RÜFÜS DU SOL announced a new album and an accompanying North American Fall Tour. The album, Surrender, was released last month, and has already received international acclaim from fans and tastemakers alike. The trio’s North American Tour kicked off in Phoenix last weekend, and I was lucky enough to attend. Read on for a recap of the night.

The show took place at Arizona Federal Theatre in Phoenix, AZ last Thursday, November 4th. Thousands poured into the venue as fellow Australian producers Flight Facilities took the stage to set the tone for the evening. The duo played old favorites like ‘Crave You‘ and ‘Clair De Lune,’ as well as some of their newer releases.

After a short intermission, RÜFÜS DU SOL finally took the stage, opening with an epic edit of ‘Make It Happen’ and transitioning into ‘Eyes’ off their 2018 SOLACE album. Throughout the rest of the night, the band took us on a journey with John George on keyboard, James Hunt on drums, and Tyrone Lindqvist sweeping us away with his vocals.

They played classic favorites like ‘Innerbloom’ and ‘You Were Right’ off their 2016 Bloom album, as well as SOLACE goodies like ‘Underwater’ and my personal favorite RÜFÜS song, ‘New Sky.’ Of course, they also hit us with tracks off the new album, like ‘Next to Me’ and ‘Alive.’

RÜFÜS puts on an incredible performance, and what makes them particularly unique live, is that they don’t need the aid of visuals on a screen behind them. Instead, the focus is on them as artists, and their performance was only enhanced with creative use of lighting.

I hope I get a chance to see RÜFÜS DU SOL live again one day, but in the meantime I will be re-living the moments of this night for years in my head.