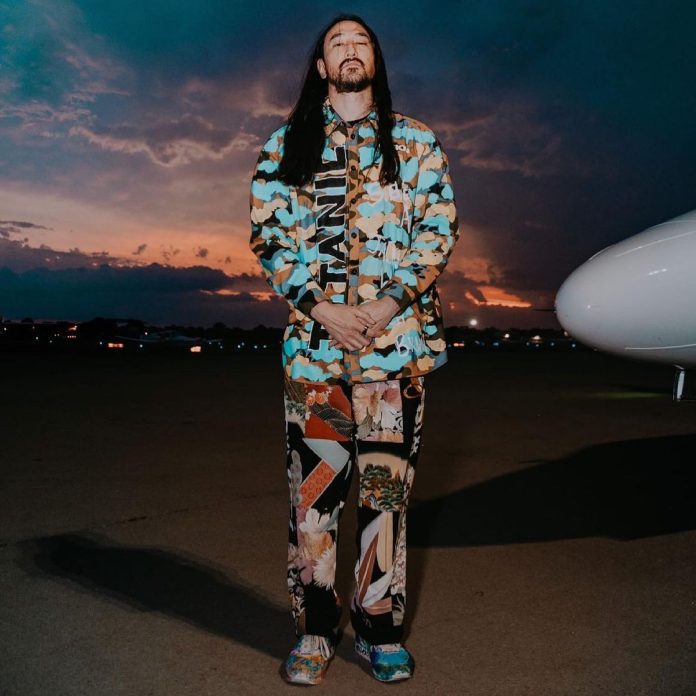 Steve Aoki dropped a new track ‘Aurora’ today, introducing his new side project, Ninja Attack. There is very little information about this on the internet. But based on the brief but succinct track, Ninja Attack will most likely be Aoki’s Tech House Alias.

‘Aurora’ clocks in at a brief 2 minutes and 38 seconds. There are no vocals featured; no hooks or melodies. It is quite simply house. The featured elements are on the darker side, which we have come to expect with Steve Aoki.

His new project Ninja Attack, comes with many other recent announcements and awards. Steve Aoki was recently inducted into the Asian Hall of Fame. He released a new line of merchandise in tandem with the cinematic release of Venom. And he produced a new track ‘Music Means Love Forever’ with Armin Van Buuren.

This guy has got the versatility and the know how to keep it up. We’re here for it.