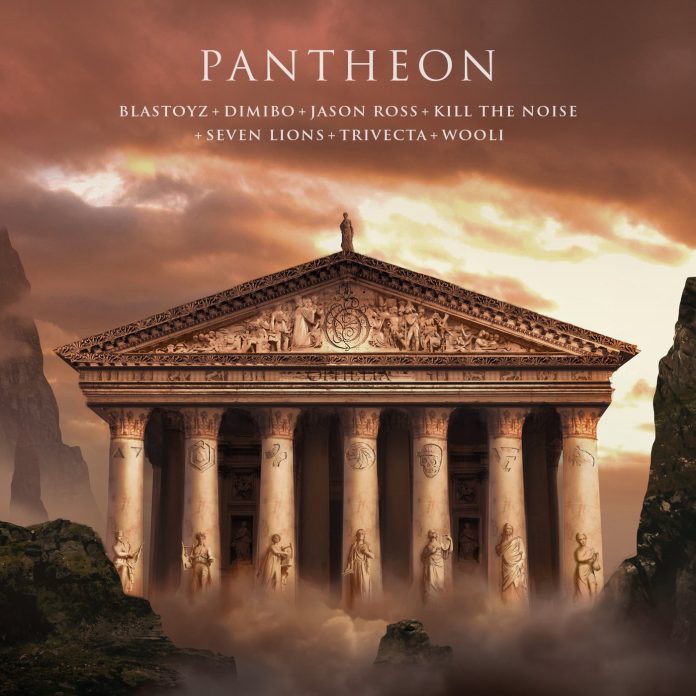 Perhaps the most highly anticipated release of the year, ‘Pantheon,’ is a mega-collab among Ophelia Records’ artists Seven Lions, Jason Ross, Trivecta, Wooli, Kill The Noise, Blastoyz, and Dimibo. With a mix of psytrance, dubstep, and future bass, this track has it all. It also marks a milestone for the label as its 100th release.

Seven Lions first announced the collaboration from his label during his EDC Virtual Rave-A-Thon set in May 2020, leaving his loyal fanbase squirming with anticipation. Almost a year and a half later, Ophelia Records brought the project into fruition and Seven Lions finally premiered it live in its full form at Electric Zoo over Labor Day weekend. It was well worth the wait, as it’s clear the team spared no effort getting this track in tip top shape.

Oftentimes with a large group of collaborators on a single record, things can get sloppy. That is not the case with ‘Pantheon,’ which is carefully crafted to highlight each artists’ talents without overpowering the track as a whole.

After a long, but warranted wait, ‘Pantheon’ is now available to stream across all platforms. Check it out below.