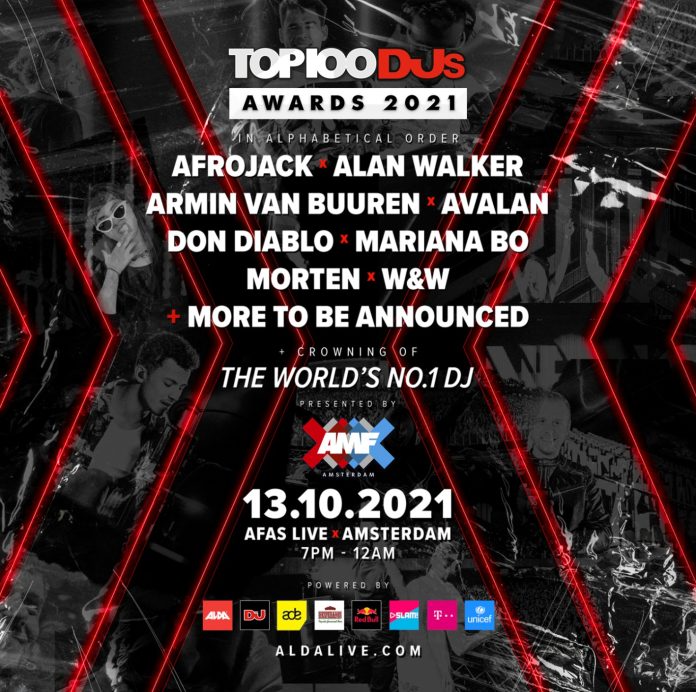 Amsterdam Dance Event is almost back and might we say better than ever? Depends on how you feel about the annual DJ Mag Top 100 DJs contest. Regardless, ALDA has announced a new show and collaboration with DJ Mag. AMF: Top 100 DJs Awards 2021 has quite a stacked lineup. It will feature Afrojack, Alan Walker, Armin van Buuren, Avalan, Don Diablo, Mariana BO, MORTEN, W&W and many more! It is set to take place at AFAS Live on October 13th.

During the show, they will celebrate this year’s Top 100 DJs Poll. It will feature a special appearance (and maybe performance?) from the #1 DJ. From 7 PM until 12 AM, fans will not just enjoy amazing music, but also see who is crowned #1 DJ. Ticket sales will begin on October 4th and can be bought here.

The Netherlands had a tough Summer. Festivals were canceled left and right due to government regulations. But after the Unmute Us Protests, live events are back. Even with its limited capacity, ADE is the perfect festival to get things started again.

DJ Mag’s Top 100 has received criticism over the years. Many believe it is too mainstream and doesn’t celebrate new talent in the industry. It also doesn’t recognize other amazing producers who don’t have as huge of a following given the genre. Even with its downsides, there so far hasn’t really been an alternative and at least the results of the poll are in the hands of the public.

Make sure to check out the hype video for the new show!