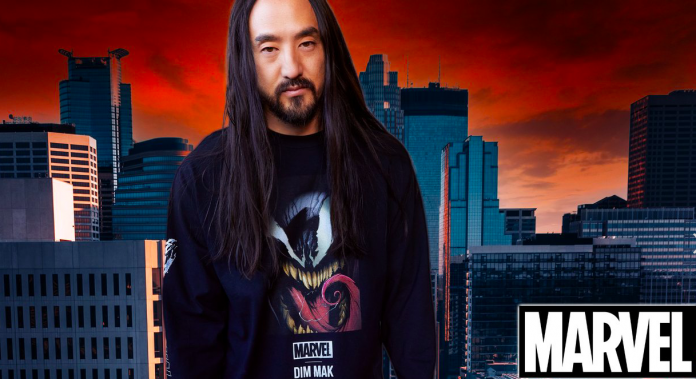 Steve Aoki is having a great week. He announced a new project with Armin Van Buuren. He was inducted into the Asian Hall of Fame. And now his record label, Dim Mak, has released some new merchandise from Marvel’s Spiderman Universe.

The ‘Venom vs. Carnage’ collection comes out today. For those new to the spidey-verse, Venom is an alien who has a symbiotic-parasitic relationship with Spiderman. (Ever go to a Bloody Beetroots show? Aoki is a long time collaborator with the group) There is a balance of good and evil with this anti-hero who flip flops between protecting and destroying humanity. Carnage on the other hand, the spawn of Venom, is pure evil and even more powerful than his creator. So much so that in the comics, Venom must team up with Spiderman to destroy his own spawn. These are the vibes we seek at a Steve Aoki set.

Steve Aoki said a few words on the new merchandise:

The new line is a six piece collection of tie-dye t-shirts and hoodies, marked between 38-45$ and 75-85$ dollars, respectively. They are available for purchase now here. Dim Mak and Steve Aoki have previously done collaborations with the DC Universe, Bleach, and even the PowerPuff Girls.