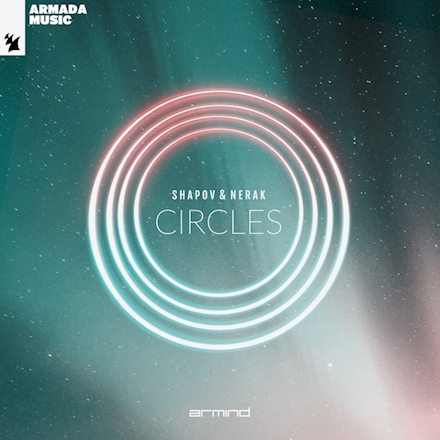 Over the years, both Shapov and NERAK have garnered the attention of various media and electronic music legends. They have had the support of big names like Afrojack, Alesso, and Dimitri Vegas & Like Mike.

The two producers worked together in the studio to exchange musical ideas and years of production knowledge. Which was the result? The three-track EP that we have today on several digital platforms.

“We met each other about thirteen years ago and created a bunch of tracks together that did really well in the festival circuit. This time around, we decided to do something new. All tracks on the EP are different, but you can hear how our sound has developed into something new and refreshing, as it’s more progressive and melodic”

Circles EP has three concepts in which they are connected together as if they consistently revolve in a circle. The work begins with a dark and mysterious soundscape called ‘Vetra’, which begins as a total acapella. It then explodes into a party rocking house tune.

‘Illusion’ and ‘Heaven’ are two tracks that we knew previously because they were released on Armind. Both complement the intro greatly, in addition to immersing us in the three phases of life where we can notice that many things seem to be more part of an illusion than a reality. While ‘Heaven’ further explores the concept of the afterlife and how it can be closer to us.

Undoubtedly, this set of tracks show us the incredible talent of these two producers. At the same time, it is a good option for those of us who enjoy progressive and house. You can listen to Shapov & NERAK’s Circles EP below!