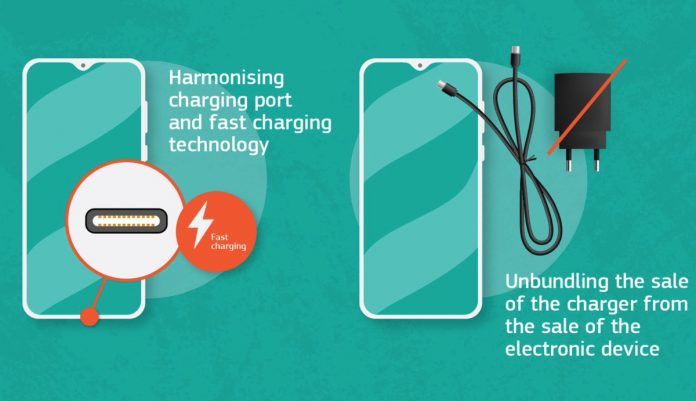 The European Union, acting under its executive arm the European Commission, proposed new legislation that would force smartphone manufacturers and other electronics makers to equip their devices with a standard USB-C charging port. In fact, the law would cut waste and make life easier for consumers who would theoretically be able to use one charger for multiple devices. In addition to phones, the laws would apply to other devices like tablets, portable speakers, and video game consoles.

This could have a massive impact on companies like Apple. As a matter of fact, the tech giant still uses its own lightning connector to charge iPhones. However, they did recently equipped some iPads and MacBooks with USB-C ports. A spokesperson for Apple said in response that the company stands for “innovation and deeply cares about the customer experience.” Rivals like Samsung and Huawei already have some USB-C ports on some of their electronic devices. The commission said it also wants tech firms to stop bundling chargers with their devices.

To become law, the proposal will need to pass a vote in the European Parliament. If adopted, manufacturers will eventually have two years to comply with the new legislation. European Commission Executive Vice President Margrethe Vestager made a clear statement on the subject. “European consumers were frustrated long enough about incompatible chargers piling up in their drawers”, she said.

This seems like a great move – for both the consumer and the environment. Life would be much easier without having different ports for every device. We will have to wait and see if some other countries follow suit.