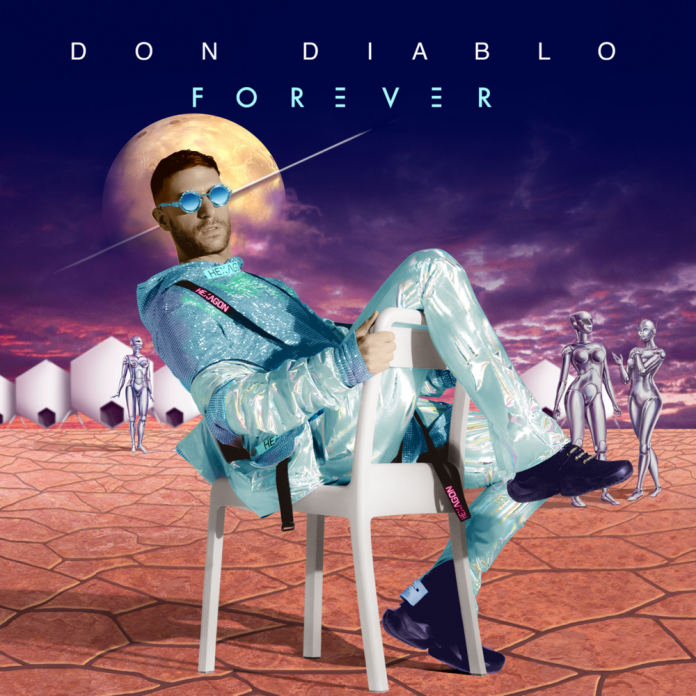 Don Diablo is back at it, and we couldn’t be happier. For proof of this, look no further than his latest release, FORΞVΞR. Forever is a big one, as it’s a 21-track full-fledged album. If you’re a fan of Don Diablo and the unique universe he’s created for his Hexagonians worldwide, you’re going to love this one.

As stated before, Forever is 21 tracks deep and features numerous collaborations from some of music’s biggest names. The album sees Don take his talents across numerous genres and soundscapes bringing names such as Gucci Mane, Enigma, and Imanbek along for the ride. The album also features  Galantis, Au/Ra, Ty Dolla $ign, as well. In addition to this, Forever opens up with a track from Don, and Camp Kubrick, which happens to be one of his latest side projects. I found this to be rather neat.

After doing some research for the album, I found a unique landing page, that I just had to share with you all. It is modeled after a 90-esque computer, which I thought was neat. You can find that here. I found the page to be rather endearing as it showcases everything that it means to be Don Diablo. It features acapella from tracks off the album, as well as videos, and photos from his shows and tours.

As I continued to look around, I found a few photos dated 1996, 1999, and more recently 2016. If this alone doesn’t display Don’s longevity in the scene, I’m not sure what will. In addition to this, it features exclusive wallpapers, Comics, and even a chat button. To say that Don Diablo cares about the Hexagon Universe he has created, would be an understatement.

With a trackless 21-tracks deep, this album is more than enough for listeners to get lost in. It is exactly one hour, and one minute long, and should take up a good portion of your day. Having said that, if you’re a fan of Hexagon, Don Diablo, or just good music, then this is an album for you. Don Diablo’s FORΞVΞR is out now on HEXAGON, and can be streamed below, enjoy.

Currently voted the world’s #6 DJ on the prestigious DJ MAG Top 100, the sought-after producer has collaborated with and remixed a wide range of artists including Dua Lipa, Justin Bieber, Gucci Mane, Ed Sheeran, Mark Ronson, Travis Barker, Miley Cyrus, Rihanna, Madonna, Ty Dolla $ign, The Chainsmokers,  Coldplay and many more. Ever the perfectionist, the last couple of years has seen Don prepare his third studio album FORΞVΞR, set for release in September 2021. Taking on many forms since its inception, the album has been a labour of love for the perfectionistic Dutchman. On that marks his ever-evolving sound and ability to approach new genres with familiarity.