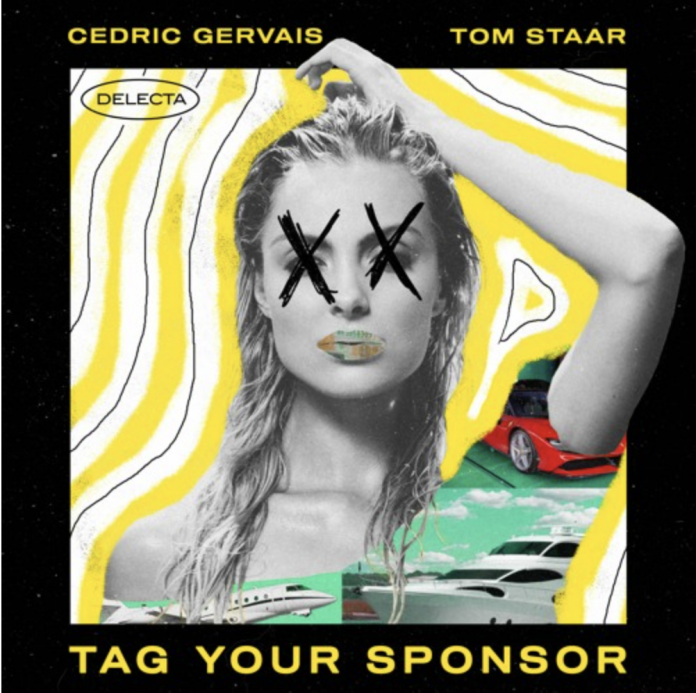 Out now on Delecta Records is Cedric Gervais and Tom Staar’s newest track ‘Tag Your Sponsor‘. This is a delectable tech-house track perfect for capping summer. The French DJ/producer is known for his ‘Summertime Sadness’ remix that topped Beatport’s charts back in 2013. He is also a Grammy award-winning producer for Best Remixed Recording, Non-Classical song for it. But now, he’s introducing more of his musical style and character with an impressive dance track for 2021.

It carries a heavy, repetitive bassline with distinct drum patterns. The melody entices you into a trance while the vocals repeat the title. It sings about travel destinations, festivals, and the life of traveling to music festivals. Tom Staar adds his main room house flair to the track, with the underground edge he is also known for. Tom’s production ability exceeds expectations every time marking him as one of the UK’s most formidable new-skool talents, according to Resident Advisor. With a catchy beat and somewhat explicit lyrics, you may find this to be a bop. Just don’t forget to tag your sponsor when you post about your events on social media.

Gervais started out as a humble resident DJ at Paris’s Le Queen club. After moving to South Beach, Miami at 19 years old he drew attention with his first single ‘Burning’. From there, he worked with the likes of Lenny Kravitz, Deep Dish, Steve Lawler, and more. With releases on Interscope Records and Ultra Records, his name is a head-turner. Staar gains heavy support from Swedish House Mafia, Afrojack, and A-Trak which makes his contribution a knock-out punch. He even produced for Mark Knight, Kryder, Hot Since 82, and Moda Records.

Check out their newest collaboration below and enjoy festival season.