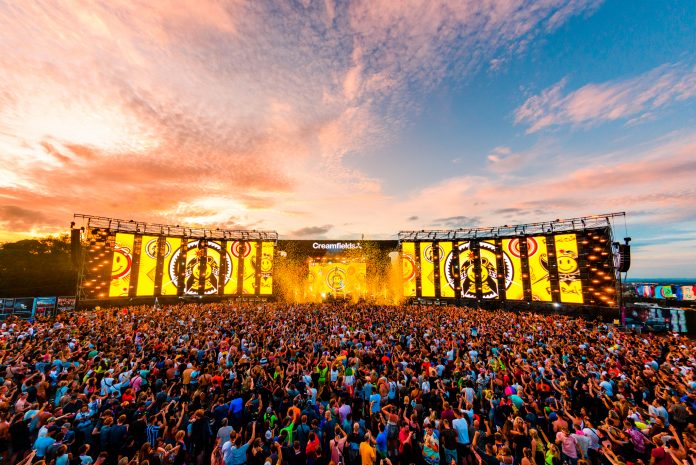 Cheshire Police issued a warning to all attendees planning to go to Creamfields regarding the new ‘Blue Tesla‘ pill – named due to their resemblance to the Tesla car logo – that is linked to two deaths earlier this year. Festival-goers must take caution over the deadly batch of pills that could be circulating at the event. The pill is a lethal cocktail of MDMA and cocaine, which has so far been found in venues across London and Bristol, with fears that it could be found at festivals across the country.

For the moment, the police arrested one suspect that tried to bring the pills into Creamfields. However, the authorities reminded that more could already be in Daresbury Park. In a statement, Cheshire Police said: “We’ve been alerted to dangerous MDMA tablets, which are believed to be responsible for two UK deaths. If you see any like the one pictured below at the event, report it to security. You will never be judged if you/your friend(s) feel unwell so please always seek help if you need it.”

In August only, a 21-year-old man died and two others went to the hospital after taking those pills. The incident occurred at The Cause nightclub in Tottenham, northeast London. Following the incident, Superintendent Simon Crick, said: “There is no safe way of taking illegal drugs, however, the incidents overnight have caused us particular concern. We urge anyone who bought drugs in or around the nightclub to dispose of these substances as soon as possible.”

About 20 hospitalizations and one death in Bristol came from the ‘Blue Tesla’ pill this summer. For those of you who are going to Creamfields, please be careful out there. Do not hesitate to report to security or the police if you see those pills.