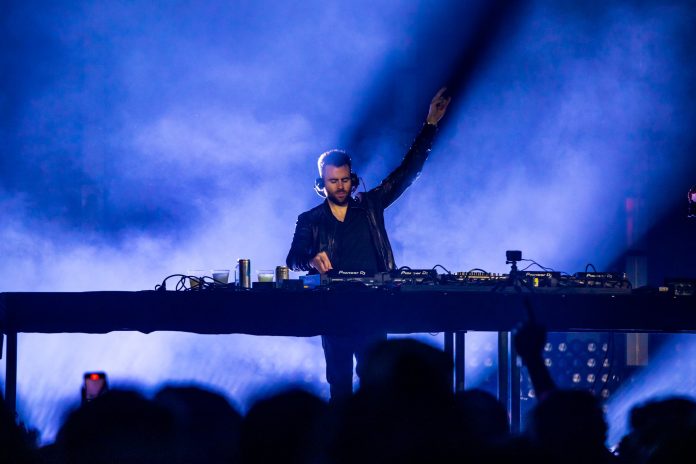 It gave multitudes of fans that couldn’t attend the event the chance to hear their favorite trance artist live from wherever they were. The British DJ was ecstatic about the entire production he and his team put together.

“One of the best nights of my life, I’m so damn happy I get to share it with all of you,” Emery posted on Twitter.

At about 19:30 minutes into the set, Emery mixes in his melodic ‘Mezzanine‘ track. That moment is when time seems to freeze for the whole crowd while they take off on a trance journey.

As the performance rolls on, the mood intensifies with every beat. The production becomes more and more mesmerizing, bringing everyone to a state of euphoria.

Emery’s stream featured multiple different camera views, including drone footage at the intro. Pyrotechnics and fog machines were also used throughout the set, which intensified the experience.

Coming to the 1:22:45 minute, you’ll hear a roar as his ‘Concrete Angel‘ (Darren Styles & Chris Unknown Remix) track starts. The fans never let their energy fade up until the final second of the performance.

METROPOLIS festival was at the Brooklyn Mirage on July 30, 2021. It offered two stages with artists like Andrew Rayel, Cosmic Gate, and Tritonal. To find out more about Gareth Emery and if he is playing at a venue near you, visit garethemery.com.