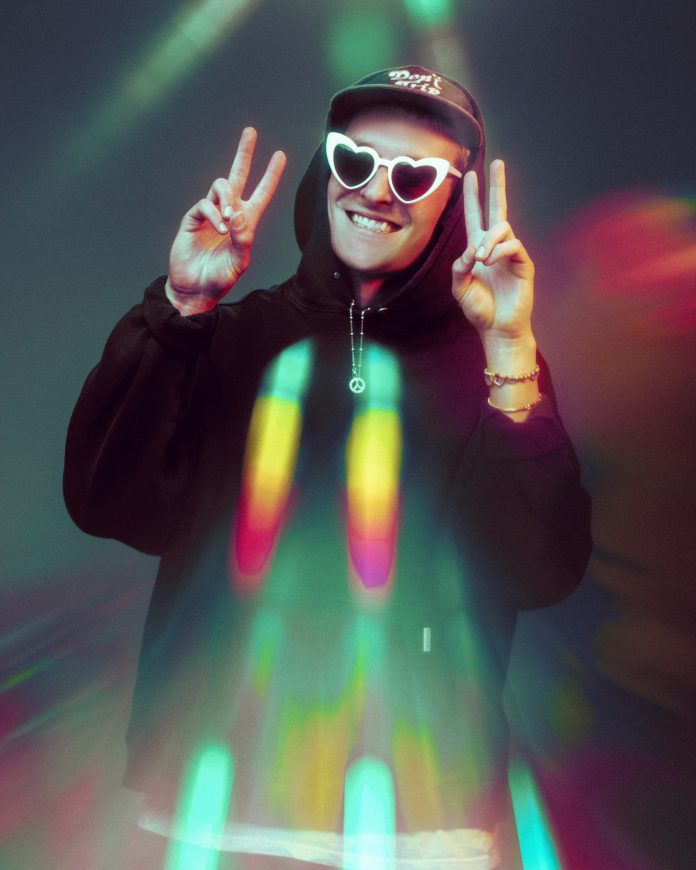 Up next on GRiZ‘s playlist is his new single ‘Rainbow Brain‘. Known for his wubby bass sounds and funky psychedelic saxophone riffs, ‘Rainbow Brain’ is the perfect name for his next banger. In addition to GRiZ, this new track also features artists ProbCause and Chrishira Perrier.

GRiZ knew what he was thinking bringing these two on for ‘Rainbow Brain‘. I say this because Chrishira Perrier hailing from New Orleans is one of GRiZ’s original and favorite vocalist. She brings the funky vocals that intertwine with his ruthless saxophone. In addition, ProbCause brings his own style of psychedelic bass music that matches up with GRiZ’s. Together, they’ve created a new twist to GRiZ’s sound.

What Does ‘Rainbow Brain‘ Mean For GRiZ?

Before this new single GRiZ has always stuck to his funky style while increasingly adding heavier bass sounds every year. Each album he goes on a new tour and gains more and more followers and listeners. Since the day he started, GRiZ hasn’t put down his saxophone or mouse and keyboard. Not only a freak behind the saxophone but he’s a wizard behind the DAW(Digital Audio Workstation) too.

After the release of ‘Rainbow Brain‘ we’re assuming this will continue GRiZ’s wraith of albums and singles pushing his one of a kind style. This new single will be another gem to play for all his fans at all his up and coming shows. This release is only the start to the evolutions of GRiZ and his new music. If you’re attending any festivals this season there’s a good chance you could catch one of GRiZ’s psychedelic shows.

You can listen to ‘Rainbow Brain‘ here, and buy it on Amazon here.