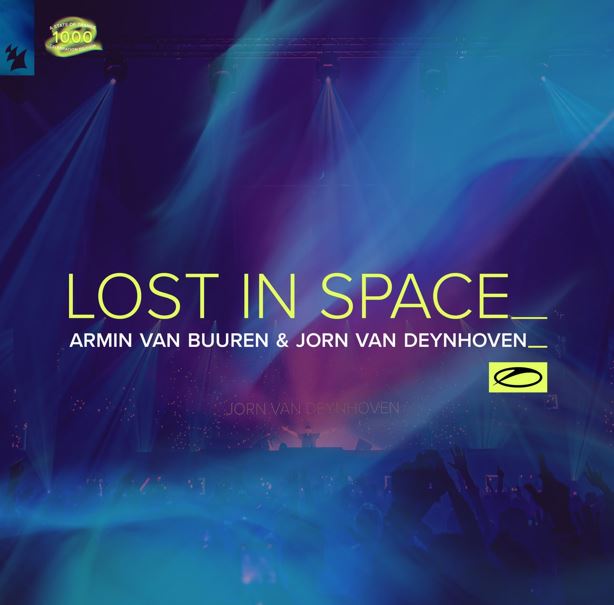 The A State Of Trance captain, Armin van Buuren finally joins together with Jorn van Deynhoven for ‘Lost In Space‘. Released as part of the ASOT 1000 celebrations, this trance anthem promises to fly to the end of the universe as only the genre can.

What is the best way to celebrate 1000 episodes of your radio show? With good music, of course. That is something that the lord of the trance, Armin van Buuren knows very well. The DJ and producer has recently launched too many epic collaborations with some trance big names. We already saw it recently with Giuseppe Ottaviani in ‘Magico‘ and Maor Levi in ‘Divino‘. Now it’s time for one of the biggest names on the world scene, Mr. Jorn van Deynhoven, to show us how is to get lost in space.

The production feels bittersweet, knowing the retirement of Jorn van Deynhoven feels that his latest tracks are a farewell letter from the producer to his beloved audience. Although that is no reason to be sad, it’s surprising that these two titans do their thing with a few chords and atmospheres. A track like this feels appropriate to celebrate something so important.

As is normal in a trance production by Armin van Buuren, we find clear references to Vangelis‘s spatial ambient. In fact, some parts resemble the soundtrack that this legend composed for the Cosmos series of the 80-90s. The track itself is very energetic, which allows us to rise to heaven with nothing more than our will to live – but at the same time, fascinated by how enormous outer space is.

As for Jorn van Deynhoven’s contribution to the track, we find his characteristic uplifting sound in it. The one that made us feel captivated by his productions and his live sets. It gives Lost in the Space that feeling of deep darkness but set with a good soundtrack. We are lost in space, but in a way that even makes us feel special and incredible.

This is an excellent anthem trance that contains the feeling of enjoying the genre in the middle of an unknown yet beautiful environment. At the same time, the feelings for the celebration of ASOT. Under the arm of the creator of one of the most important concepts on the scene. Together with one of the talents who have helped to build the history of the movement that inspires daily both trance lovers and producers.

You can listen to Armin van Buuren & Jorn van Deynhoven- ‘Lost In Space’ below!