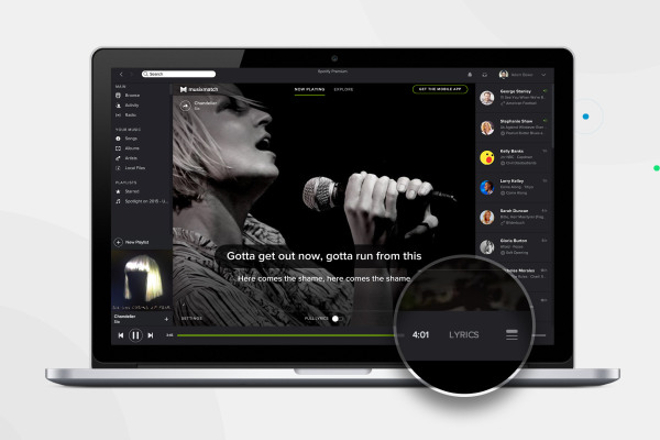 Last year, Spotify announced news of a karaoke feature, and this year, they are filing a patent for it. According to Digital Music News, the patent is for a ‘Karaoke Query Processing System‘. Upon the initial announcement of the feature, the popular audio streaming app would allow users to swipe up from their selected song and lyrics would populate the screen. Users would also be able to control the volume while the lyrics showed up on the screen.

“An electronic device receives an audio clip and performs a matching process on the audio clip. The matching process includes comparing at least a portion of the audio clip to a plurality of reference audio tracks and identifying, based on the comparing, the first portion of a particular reference track that corresponds to the audio sample. Upon identifying the matching portion, the electronic device provides a backing track for playback which corresponds to the particular reference track and an initial playback position of the backing track.”

Thsis means that audio snippets can be matched to songs and this patent could see the feature coming soon. Many users requested this feature, but many questions remain. For example, can this be projected onto a TV screen or monitor? This doesn’t seem safe to do while driving so American Idol at your own risk. Would this be compatible with Spotify’s Car Thing? When will it release, how many people can sing at a time? How about compatibility with Alexa or Siri? I’m sure the answers may be within the idea, but we’ll see how it goes when it rolls out.

Who’s excited to try this?