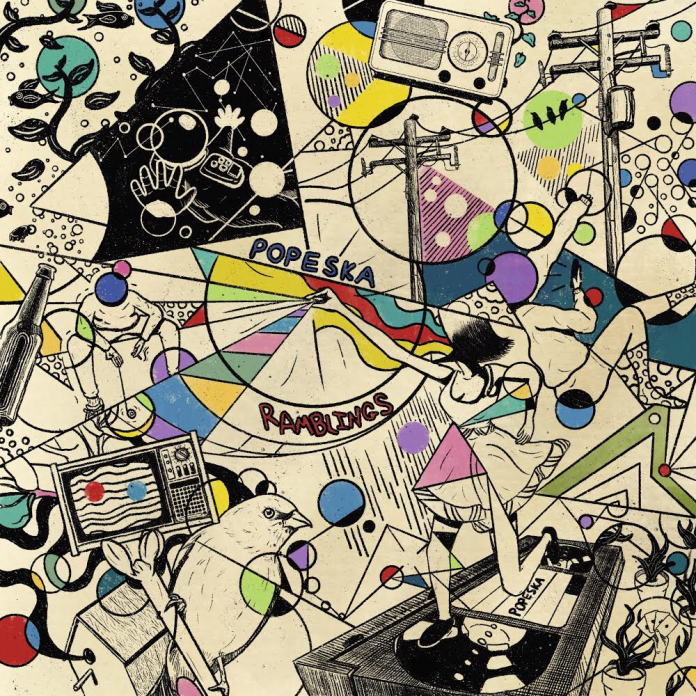 Bringing forth the release of his debut album, the Australian-born, Atlanta-based producer Popeska unveiled RAMBLINGS. It sustains a 13-track body which is released via Popeska’s very own new label, Pen&Paper. Fundamentally, at its heart, RAMBLINGS is fluttery and playful, honing in on the essence of joy.

Speaking of joy, the artist made sure that’s the focal point by going as far as to keep it simple in some manner. The mantra was: if it was fun, it remained on the album, and if not, scrapped.

“If a song didn’t bring me joy to make, it got scrapped from the album. If it did bring me joy, I included it, whether or not it would be deemed “good,” or even complete. Some songs are demos that never got finished, and you know what, that’s okay; the song tells the story whether or not it’s perfect.”

Throughout, Popeska retains a sincerely distinct and malleable sound that’s clearly not forced in any manner. Sonically, it tells a tale without pushing it, by simply being evocative and free-spirited. As he mentioned some songs remained as demos, within the album, everything fits comfortably, and that actually adds to the spirit. Overall, typicality is discarded for the sake of individuality, and that alone is more than enough reason to explore this release.

Listen to the debut album by Popeska, RAMBLINGS, via his own Pen&Paper imprint below.