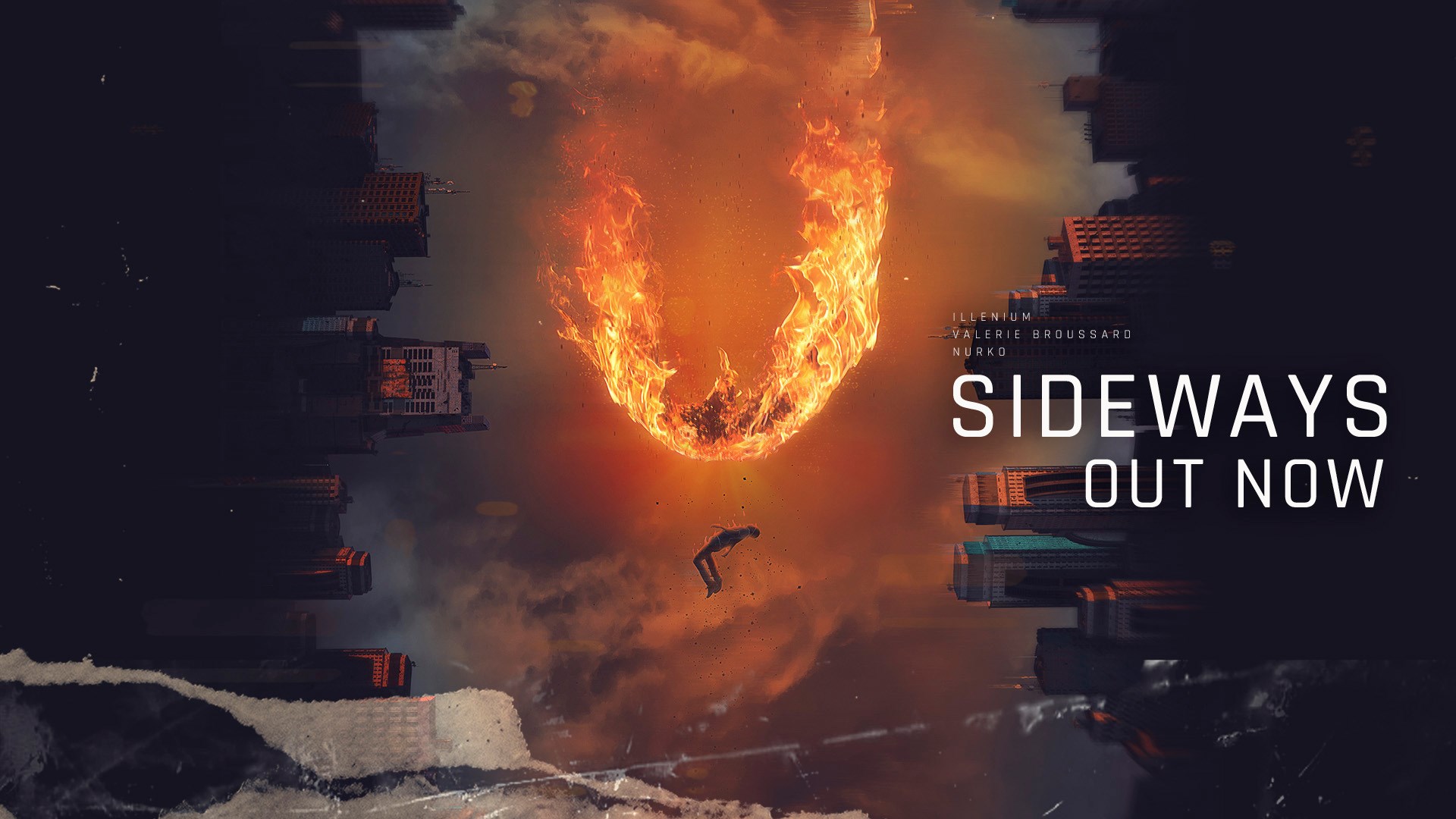 ‘Sideways’ is rich with ILLENIUM’s emotional drops and crisp vocals. The vocalist, Valerie Broussard states: “‘Sideways’ was written as an ode to a friend who was struggling with her mental health during Covid lockdown. Having struggled similarly in my own life, I wanted her to know I would always be there for her, even when it felt like the world was falling apart.”

Sideways with @vrbroussard and @NurkoMusic is out now! Stoked to share this one with you all ❤️

ILLENIUM added: “I loved working with Valerie and Nurko on this track. The vocal has so much emotion and musically we created a song with an almost jubilant air. I wanted it to be a celebration of making it through this crazy year all of us just had.”

“We each inspired one another during the creative process”, says Nurko. “This has been a really rough year for everyone, but no matter how tough it is, it’s good to have somebody to stick with you through it all, no matter what.”

The messages received from the collaborating artists prove true in this groundbreaking track. ILLENIUM will release his new album Fallen Embers this summer. Additionally, he is also hosting his first curated event Ember Shores. Ember Shores will be a destination festival at Paradisus Resort in Cancún, Mexico.